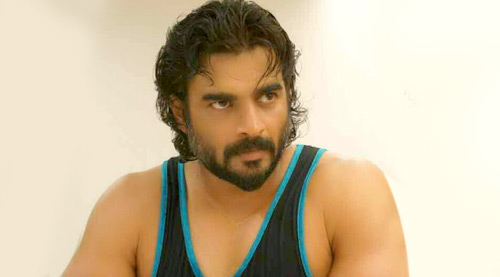 Those who have seen the trailer of the Rajkumar Hirani production Saala Khadoos are wondering at the change in Madhavan.

Looking sinewy, mean and bulky, he plays a boxing coach all set on training a young female boxer into national championship. The film, with its menacing mix of an aggressive coach and a spunky female pupil, looks like a desi version of Clint Eastwood's Million Dollar Baby.

Madhavan, who is on a holiday in New Zealand with wife Sarita and son Vedaant, vehemently denies the likeness. "Look, if you have a film about a boxing coach and his female protÃ©gÃ©e, it's bound to look like Million Dollar Baby. But Saala Khadoos is not Million Dollar Baby."

Interestingly, Maddy did no other film for nearly two years to maintain the bulky mean look for the boxing coach's role. It wasn't easy keeping away from the limelight.

Laughs Madhavan, "I know it's like out-of-sight-out-of-mind. But, there was no insecurity in me about being forgotten by my audience. I've been around for too long to let absence frighten me."

2015 will be the year when Madhavan makes a comeback with two performance-driven roles.