Ever since its first episode aired, Zee TV’s fiction show - Teri Meri Ikk Jindri has been successful in entertaining the masses through its unique love story of two starkly different personalities - Mahi (Amandeep Sidhu) and Jogi (Adhvik Mahajan). With the show being immensely loved by one and all, the actors have been working extremely hard to live up to the skin of their characters. While Amandeep may have left the viewers spellbound with her performance in her first-ever lead role, Adhvik too has been crossing boundaries to bring out the best shades of his character, even if it means performing a risky stunt for the show. 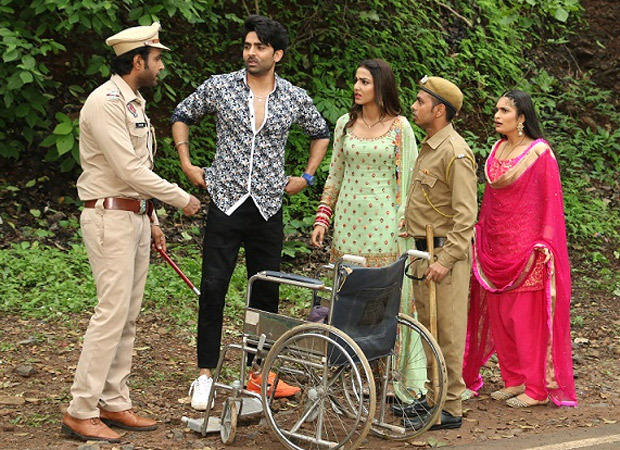 The actor who had previously overcome a major knee injury on the set while shooting for scene recently braved a wheelchair stunt. The actor managed to save himself from any possible injuries and came out unharmed through this incident. Putting on a courageous face, Adhvik immediately resumed work and shot the entire sequence once again. 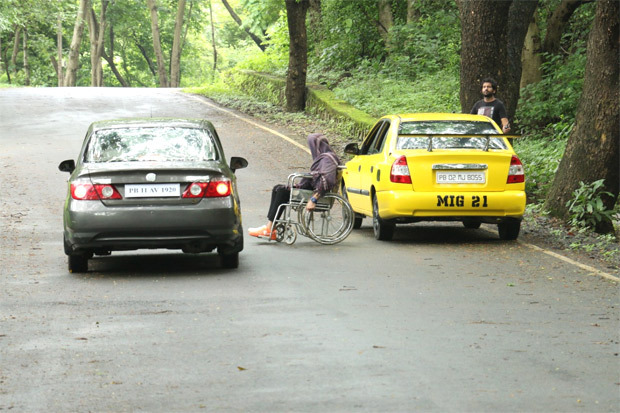 Sharing his experience, Adhvik revealed, "We were actually shooting a scene in Film City, Goregaon where Jogi is trying to get back Mahi’s favourite car that was stolen by some racing goons. For this, he fakes an accident by bringing his wheelchair right in the middle of the road where the goons are driving Mahi’s car. We closed 2 to 3 wider shots and the sequence was captured perfectly. However, the last shot was such where Mahi comes and pushes Jogi’s wheelchair out of the way in an attempt to save him from the accident. So, for this a rope was tied to my wheelchair and that was to be pulled from the other end to showcase the above scene. It just so happened that while pulling the rope, the wheelchair skid and I fell on the road. Luckily because I have a martial arts training, I managed to squeeze my head and shoulders inside to prevent myself from any possible head injury. I didn’t face a single scratch on my body, and I am just grateful to the entire team who came rushing to help me out."

While Adhvik’s dedication and courageous spirit is definitely an inspiration for all of us, Jogi is also trying to put up a brave face to help Mahi get back her favourite car that she used to drive before their wedding. However, will Jogi succeed in doing so?