Must say that the Badshah-Diana Penty track ‘Shehar Ki Ladki’  from Khandaani Shafakhana is one of the most tasteful re-creations done, both as a song and visually.The core of the song has been respected throughout. But the icing on its cake is the (impressive) presence of Suniel Shetty and Raveena Tandon, who originally enacted this hit number, in the new video. 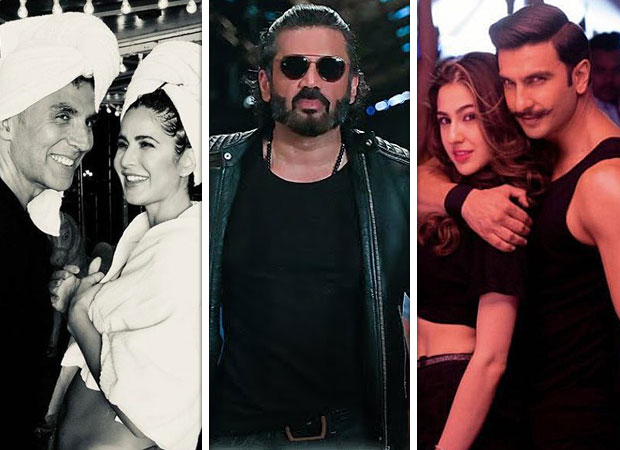 Arshad Warsi featured in a small chunk of rthe redux of ‘Aankh Maare’ in Simmba. Technology was put to use with Kumar Sanu’s voice being incorporated from the original Tere Mere Sapne hit in 1996.

Alongside, we also have the release of Jhootha Kahin Ka, the second Rishi Kapoor with this title after is 1979 successful rom-com. Yes, this time, there’s an extra ‘h’ (after the ‘t’) in the first word of the title in English, but Rishi Kapoor joins the very select club of actors who now have two films with the same title in their filmographies. Past examples? Yes, Ashok Kumar (Kangan), Dharmendra (Baazi, Loha), Jeetendra (Suntan and Suntaan) and some more.

Rohit Jugraj, who is directing Arjun Patiala that releases July 26, will never be able to erase the disturbing memory of his ill-fated directorial debut, James, in 2005. The film’s failure so angered its producer Ram Gopal Varma that he remade the film as Shiva with the same lead cat of Nisha Kothari and Mohit Ahlawat in 2006, convinced that the story had been badly told! The title was repeated from his own 1990 success that had starred Nagarjuna. But the remake bombed much more than the original! 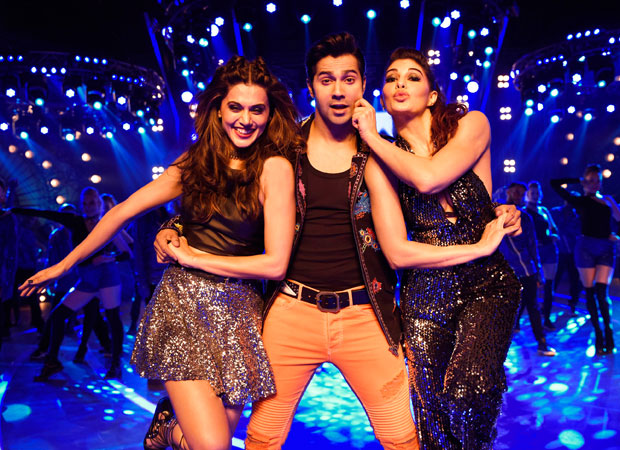 Two years ago, David Dhawan did a ‘reboot” of his 1997 film Judwaa, in which two iconic songs from the earlier film were re-created, and one of them was sung by Anu Malik, the composer and singer of the original song and film. What’s more, original hero appeared in a dual cameo at the end in a sequence with the new leading man, Varun Dhawan.

David is now also remaking Coolie No. 1 in a contemporary version as Coolie. The new film has the same title as the 1983 Manmohan Desai blockbuster, whose title’s registration had then been renewed and for which he had toa dd the suffix, which led to a glut of ‘No. 1’ films!

Bappi Lahiri did the same with his ‘Bambai Se Aaya Mera Dost’ redux in Chandni Chowk to China, 32 years after his original composition was sung by him in Aap Ki Khatir. He was also made to repeat his act similarly in Golmaal 3 and Badrinath Ki Dulhania.

Rajesh Roshan composed the music for his brother Rakesh Roshan’s Kaabil featuring nephew Hrithik Roshan. The film saw two re-creations of his evergreen classics ‘Dil kya kare’ (Julie in 1975) and ‘Saara Zamana’ (Yaarana in 1981) done by Gourov-Roshin. Roshan revealed that he let them re-treat his songs. 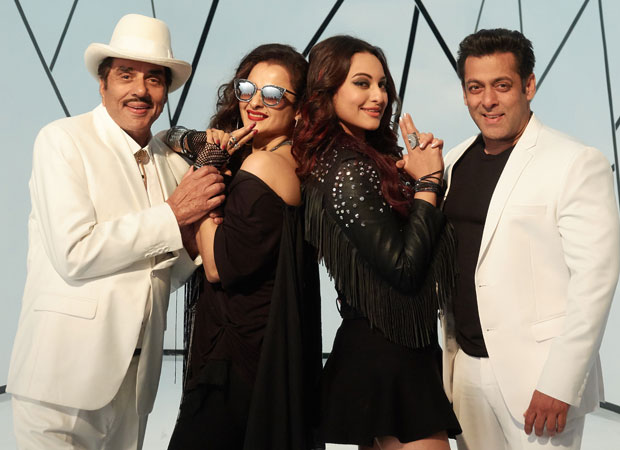 Recently Rekha and Dharmendra re-enacted a segment of ‘Raftaa Raftaa’ (Kahani Kismat Ki in 1973) in Yamla Pagla Deewana Phir Se. The first Yamla Pagla Deewana (2011) was named after Dharmendra’s iconic song in his home production Pratiggya (1975) and the legend wanted Mohammed Rafi to sing it. However, there were copyright issues and a re-creation had to be recorded.

The same song medley had small chunks of two more iconic chartbusters enacted by the same artistes, ‘O Meri Mehbooba’ (Dharam-Veer in 1977) and Rekha’s ‘Salaam-E-Ishq’ from Muqaddar Ka Sikander in 1978.

Veteran filmmaker Rajkumar Kohli has made two films titled Jaani Dushmun —in 1979 (a blockbuster) and in 2004 (a washout). The latter was given a suffix: Ek Anokhi Kahani!

In 1977, the hit film Shirdi Ke Sai Baba was released with Sudhir Dalvi introduced in the title-role of the saint. Sudhir also starred in a small film called Shirdi Sai Baba made in 2001. Pandurang Dikshit, who was introduced in the older film as composer, not only scored music again but even wrote the screenplay.

In 1995, Bobby Deol made his debut with Barsaat. In 2005, he starred in another film of the same name! And these were his only two films with composers Nadeem-Shravan!

Remake, reprise or reuse old titles and songs. But between the “Action!” and “Cut!” or the musical cues of “One Two Three!”, there is another word—“Repeat!” But like all such formulae, the result depends as always on merit alone.