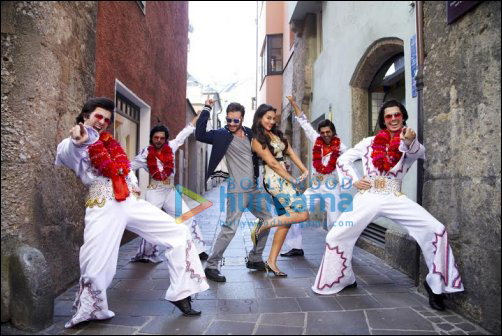 The trailer of his latest venture Action Jackson has already started making waves ever since the time it got released. Of the many tracks that the film has, one of the track titled 'Keeda' is all set to become a rage. The reason is that PrabhuDheva, along with Ajay Devgn, have taken special inspiration from Elvis Presley, for the song which has been shot in Austria. To add more spice to the song, the background dancers in the song have even donned Elvis Presley's trademarked white and red bellbottom jumpsuit, tip top shoes and hairstyle!

Says a source close from the production team, "Elvis Presley is an icon.Prabhu sir and Ajay Sir are huge fans of Elvis Presley. Hence, they took inspiration from him for the costumes of the background dancers. They have been dressed just like Elvis Presley and will be seen doing some signature moves of the legend."