Abhishek Bachchan is currently busy shooting his new film, Manmarziyaan. The film stars Taapsee Pannu and Vicky Kaushal in the leading roles. After two years, Abhishek has signed a project and is super pumped about the same. 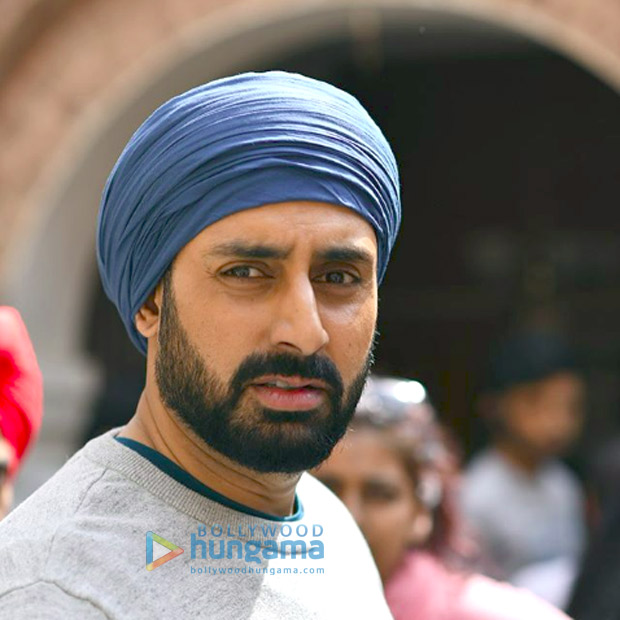 Just a day ago, Abhishek Bachchan shared the first look of his character from Manmarziyaan. In the shot, he is sporting a blue turban while posing for the camera. He looks intense in the first picture. He captioned the image, "#Onset photo taken by the supremely talented @khamkhaphotoartist. The 2nd photo is me returning the favour. #Manmarziyaan #TakeTwo.”

Just a few days ago, Abhishek Bachchan took to his Instagram handle to express how touched he was with the two beautiful sketches made by his fans. The duo had traveled all the way from Patiala to the sets of Manmarziyaan to present him this beautiful gift.

Earlier, Taapsee Pannu also shared her look from the film. The actress was sporting a proper Punjabi avatar. Vicky Kaushal and Taapsee play love interests in the upcoming film. Directed by Anurag Kashyap and produced by Aanand L Rai, Manmarziyaan is being filmed in Amritsar.