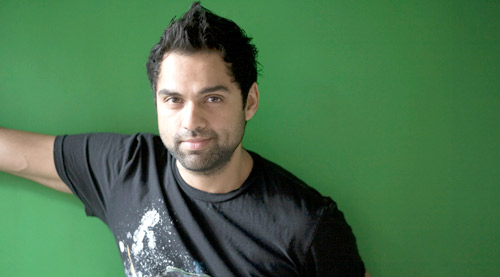 A cross-cultural fun-loving film Happy Bhag Jayegi that though faced resistance in Pakistan has Abhay Deol playing a Pakistani character. During several of his media interactions and interviews, the actor was often questioned about his role, followed by yet another one, wherein journalists asked if it was difficult to play a Pakistani character.

Intrigued yet miffed with these questions constantly haunting him, Abhay Deol, who is known to voice out his opinion, shared a note on social media. The note, at its core, delves deeper as we trace the past of two nations which was one before the British rule and Abhay Deol further stresses on the sacrifices made by freedom fighters and how we, the much newer generation who came into being after the partition have a complete different view of both the nations. Along with the post, Abhay also shared a link that inspired him to write this on social media - An article on Pakistanis and their Indian heritage.

Those of you who have seen my film "Happy Bhag Jayegi" will know that I play a Pakistani in the movie. One question I was repeatedly asked during the promotions was, 'how hard was it to play a Pakistani?'

I was taken aback not by the question but by the frequency with which it was asked. I always stressed on the fact that 70 years of separation are not long enough to undo what a shared history, of over thousands of years, has done.

The only real difference was that I was speaking Urdu in the film, while the Indian characters spoke in Hindi. At one level the two sound exactly the same. Urdu is part of our shared history, in fact many of it's verbs can be traced back to Sanskrit.

Most of us were born after partition and recent history is only valuable when put into context. Imagine those who fought for freedom from our recent conquerors the British, and died before the conceptualisation of Pakistan. What would they have to say about how we view one another today, as two nations? What would they feel, and say, about their sacrifices?

While HBJ may not delve deep into such matters, being a comedy of errors between people from both sides of the border it was that rare opportunity to put aside our differences in politics, religion and philosophy, if only for two hours.

I came across this article today which inspired me to share this bit of my experience while making and promoting HBJ. It almost felt like my character Bilal Ahmed would have written it! http://scroll.in/article/814561/the-paradox-of-pakistani-identity-and-its-indian-heritage

This is what Abhay Deol did when asked to…