Last Updated 19.01.2022 | 11:45 PM IST
feedback language
follow us on
Bollywood Hungama » News » Bollywood Features News » “Aayush Sharma took out all his anger and frustration of not getting work in Antim: The Final Truth,” says Salman Khan

Salman Khan and Aayush Sharma starrer Antim: The Final Truth hit the theatres this Friday on 26th November 2021. The film has been getting a massive response at the box office while at the same it has also impressed the critics and reviewers. Post the success of the film, Salman Khan had an interaction with the press on 28th November 2021. 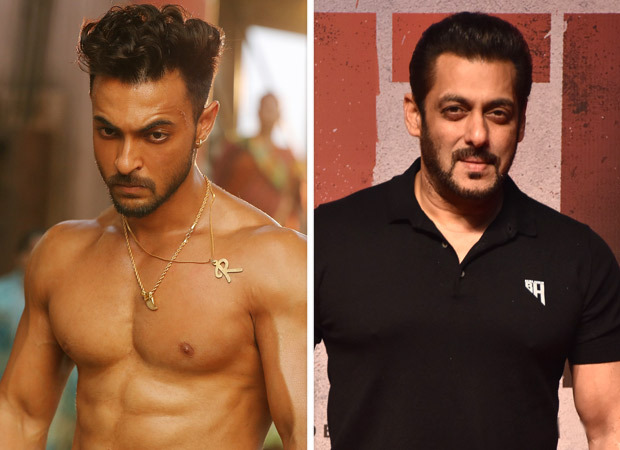 During the chat, when he was asked if Aayush was nervous shooting with him, responding to it Salman said, "No. He was well prepared and very hard working. He took out all his anger and frustration about not getting work in this film. He has worked very hard. The intention of the film was that Aayush should be appreciated."

He also revealed how he made several attempts for Aayush so that he can bring out the best from him. He said, "I made him do too many shots. Every time he completed a shot I was like 'one more'. The impact of that was really great. He was slightly nervous and like ‘what am I doing?’. It all went really very nice during his scenes. But when we were face to face, it was weird and he got nervous (laughs). So, I used to tell him to calm down. But when I don't used to do anything, he felt if he is not doing too much (laughs)."

ALSO READ:Salman Khan reveals he wanted to cast Aayush Sharma in a film much before Arpita Khan introduced him to the family