Aamna Sharif is all set to get into the shoes of the evil Komolika from Kasautii Zindagii Kay. Her look from the show has surfaced online and one can notice glimpses of Hina Khan's Komolika in Aamna as she takes over the role of the former. 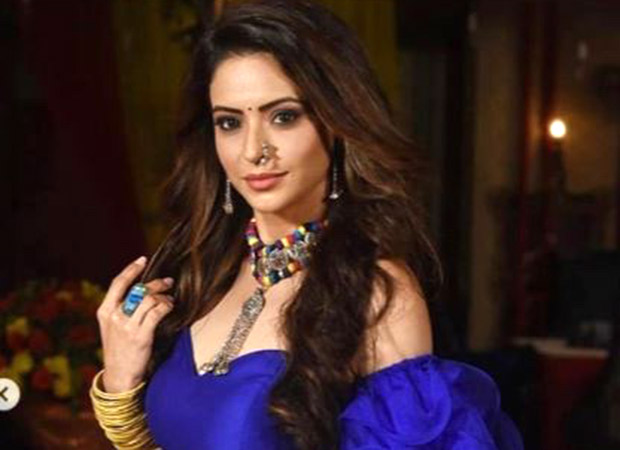 In the pics circulating on social media, Aamna can be seen wearing an off-shoulder, blue coloured blouse with a lehenga of the same colour. She has gone for the dramatic eye makeup and looks quite intriguing. Similar to Hina Khan's look, she sports curled-up hair and heavy jewellery to compliment her evil look.

Kasautii Zindagii Kay is a reboot of the show of the same title that aired in the early 2000s. The reboot stars new cast entirely including Parth Samthaan as Anurag Basu, Erica Fernandes as Prerna Sharma and Karan Singh Grover in the leading roles. Bigg Boss and Yeh Rishta Kya Kehlata Hai actress Hina Khan was the vamp Komolika in the show. But, due to her work schedule and other commitments, the actress quit the project. Now, the new Komolika will be Aamna Sharif.

Speaking about whether she (Aamna Sharif) is afraid of the comparisons being made with Hina Khan, she said that she had not seen the show but heard that Hina had done a tremendous job. Years ago, it was Urvashi Dholakia whose work was loved and Komolika became a cult figure.