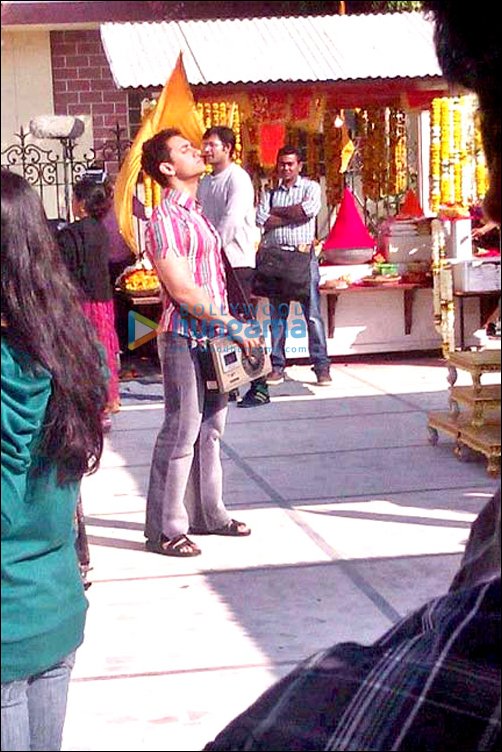 That Aamir Khan is one of the most well dressed gentlemen in showbiz is a fact that's well known and acknowledged by everyone alike. So, it came as a real surprise when one saw him in a lehenga during the shoot of his much awaited film PK. As always, getting to know his character in his films is almost impossible.


Just as his lehenga look got everyone talking about his character, here comes another shocker of a costume! This time round, Aamir was spotted in a tight shirt, reminding us of his 'Mr. Superfit' look during his Ghajini days! Well, if that wasn't enough, he was also seen with a tape recorder that was hanging around his neck!


Aamir, who is always known for shocking and rocking the audiences, seems to be all set to do the same again with PK. Watch this space for more developments.