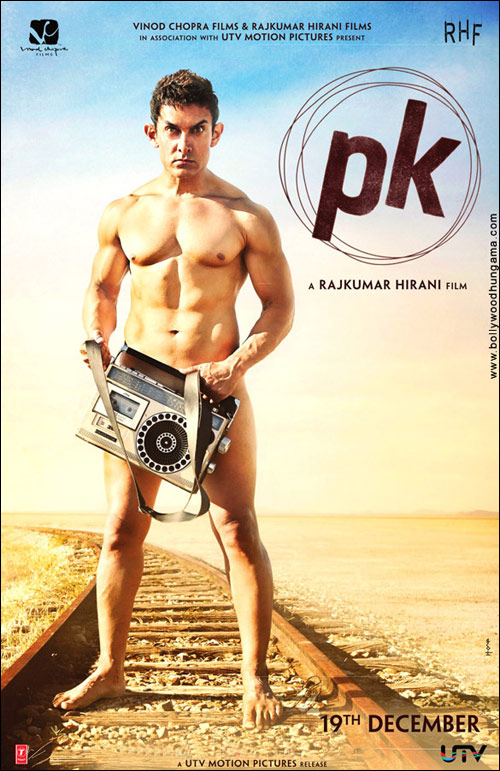 In Bollywood, they say that 'Imitation is the best form of flattery', a saying which everybody abides by and consents to. But the same statement doesn't seem to gel well, when the person in question is Aamir Khan.

The last few days have been one nightmare for the servers of all the social media networks as they have been flooded with the reactions to Aamir Khan's dare bare act for the poster of his much awaited film PK. Even though we too were startled at the very sight of the poster, what shocked us furthermore was the 'bare fact' (no pun intended) that the very poster seems to be 'ripped off' (or is it the proverbial 'inspired') by the poster of a Portuguese musician named Quim Barreiros, who had used a picture of himself to promote his single 'Recebi Um Convite'. The only major difference between Aamir Khan and Quim's images is that while Aamir is holding a tape recorder to cover his essentials, Quim is holding an accordion!

Do you think Aamir Khan's poster is copied from Quim's? Post your comments in the section below.