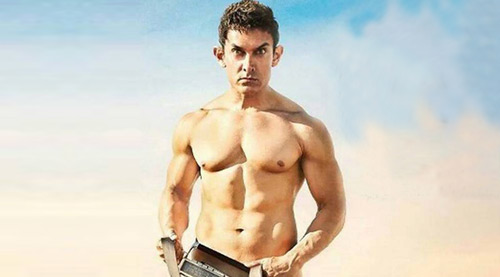 Aamir Khan's PK has been in news since its inception but, the release of the poster has added way more to the curiousity of audiences. The poster featuring a nude Aamir Khan who is holding a radio to cover his private parts has received mixed reaction from fans and critics alike.


Trending as the hot topic on social networking and micro blogging sites, this poster has become the centre of attention and many internet jokes on the same have gone viral over a span of just a week. Inspired by the PK furor, a man in Delhi was seen roaming naked around the streets of the capital with only a transistor covering his privates.


A YouTube channel uploaded the video and even asked the opinion of the onlookers about the recently released nude posters of Aamir Khan.


Though the PK fever has caught on, the film is trapped into many controversies and recently a lawyer in Kanpur even filed a case against Aamir Khan and the makers of the film accusing them of showcasing nudity and vulgarity.


Check out the embedded video: