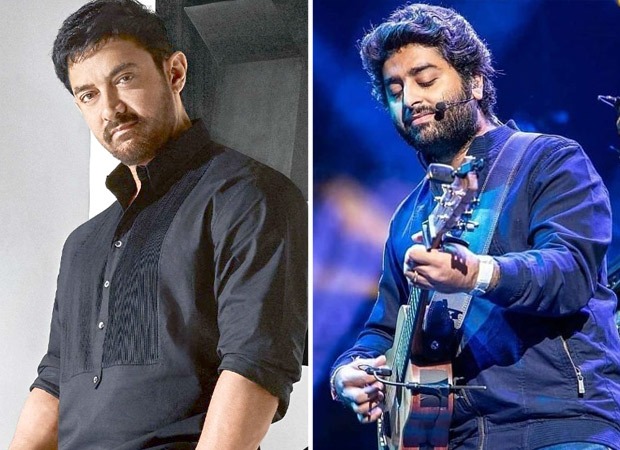 Arijit Singh sang one of his popular tracks from the 2016 film Ae Dil Hai Mushkil on special demand of Aamir Khan. The actor was in conversation with the singer where he expressed how big of a fan he is of the singer and then requested him to sing a few lines. While Arijit was little shy at first, after Aamir’s request, he asked which song he wanted him to sing. To which Aamir responded, “You know my favourite song”, to which Arijit asks which one. Aamir then revealed that the title track of Karan Johar’s 2016 movie Ae Dil Hai Mushkil is his favourite song by the singer.The actor later also lauded him for his talent and soothing voice and expressed how fascinated he feels listening to him every time. He said that even though he has heard Arijit sing many times during live performances, each time he blows his mind to pay full attention to his soulful voice.

Seeing Aamir Khan and other participant's enthusiasm, Arijit brought up his guitar and began singing with utmost panache. His 30-second performance made the evening even more delightful for everyone and Aamir was fully immersed in it and joined him in the end and sung a few lines.