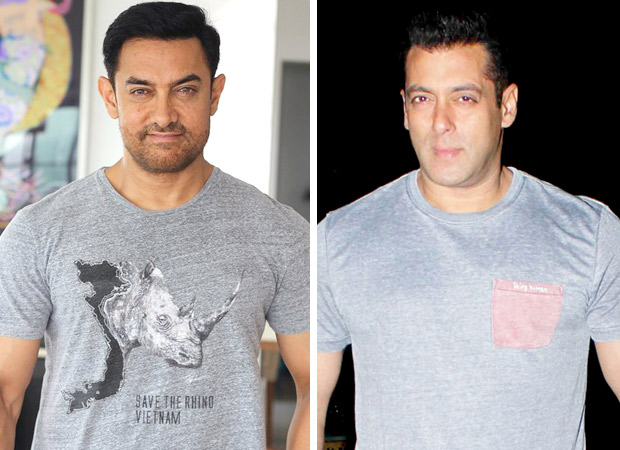 For his birthday in 2017 Salman Khan has a very special birthday gift from Aamir: the coveted Christmas week for the release of Salman’s next purported blockbuster Tiger Zinda Hai, the sequel to the Salman’s 2012 Eid release Ek Tha Tiger.

Ideally Aamir releases his films during Christmas and Salman during Eid (and for the record, Shah Rukh Khan’s films come during Diwali). But this year Salman already has an Eid release, Kabir Khan’s Tubelight, lined up.

He therefore decided to ‘borrow’ Christmas from his pal.

Says a source in the know, “Salman asked Aamir if the latter had anything scheduled for Christmas 2017. Aamir has no releases in 2017. His next film Yash Raj’s Thugs Of Hindostan is expected to be released for Christmas 2018. Aamir happily told Salman, ‘This Christmas is all yours.’ This would be Salman’s first Christmas release”

Aamir, in the meanwhile has begun preparing for Thugs Of Hindostan. The beard and long hair will remain until the shooting is complete. The Dangal director Nitesh Tiwari is also working on another script for Aamir.

Tiger Zinda Hai would be Salman’s first Christmas release since Welcome in 2007. Since Salman’s birthday happens to be on December 29 his fans are looking forward to a rousing year-end treat this year.