Aamir Khan, who is presently working on his forthcoming film Laal Singh Chaddha, had been sporting a beard for quite some time, as his character demands. However, it looks like he is done shooting most part of the film, since he is back to his good, old clean-shaven look. The actor was recently seen attending an event in New Delhi. 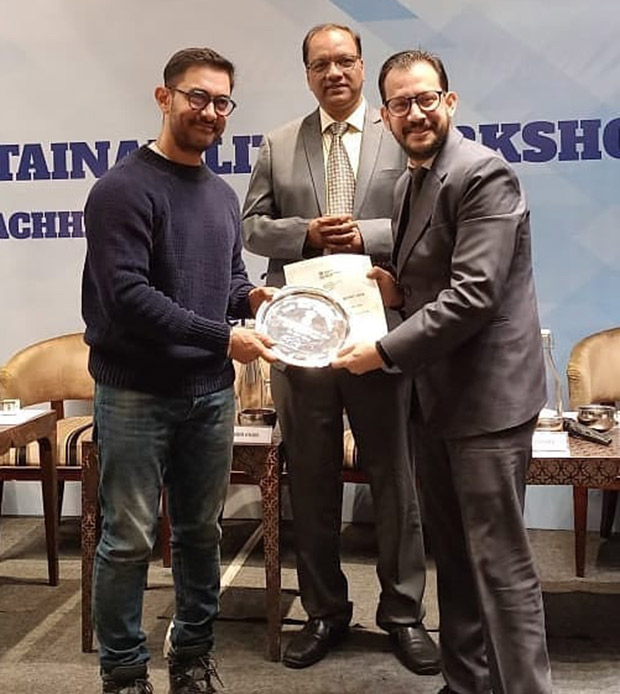 Aamir Khan back to his clean-shaven look, attends the Swachhata Darpan Awards in New Delhi

Aamir attended the Swachhata Darpan Awards, organised by the Union Ministry of Jal Shakti, as part of an Open Defecation Free Sustainability Workshop. Participants from Andhra Pradesh, Arunachal Pradesh, Punjab, Sikkim, Telangana and other parts of the country, who are tirelessly working to make the country open-defecation free, were awarded.

Aamir, who happens to be the founder of Paani Foundation, also spoke about how his organisation was working to promote water conversation across villages in Maharashtra and educating villagers about a more efficient usage of water.

Coming back to Laal Singh Chaddha, the film, an official remake of Forrest Gump, is being helmed by Secret Superstar director Advait Chandan. Also starring Kareena Kapoor Khan, the film is slated to release in Christmas 2020.