Ace director Anurag Kashyap's daughter Aaliyah Kashyap is in a relationship with American entrepreneur Shane Gregoire for a year now. Aaliyah took to her Instagram page and posted a series of mushy pictures with him to ring in his 22nd birthday. The couple looks very adorable as they can be seen sharing a kiss, hugging, spending a cozy time, and enjoying at the beach. Aaliyah also took a jibe at her boyfriend by posting some of his funny pictures too. 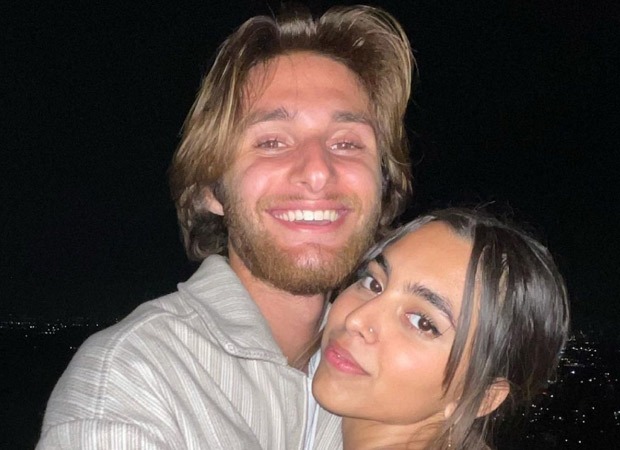 The 20-year-old diva captioned the pictures as, "happy 22nd birthday to my love! you make me feel like the luckiest girl in the whole wide world and I'm so grateful to have met you. i love you forever". Aaliyah had met Shane via an online dating app and had swiped right instantly after seeing him. He also liked Aaliyah back and their love story started. She had also revealed about their first kiss and she was the one who made the first move.

Aaliyah Kashyap was not planning to connect with him after they matched but her friends insisted upon starting the conversation. Initially, she was not too keen on a long-distance relationship, FaceTime, and virtual dates but once she started speaking to him it was the best time of her life.

Also Read: Anurag Kashyap’s daughter, Aaliyah Kashyap opens up about her mental state after #MeToo allegations were made on her father