Bajrangi Bhaijaan was one of those movies that had all the emotions including action, drama, and comedy. Being one of the best works of Salman Khan, this movie managed to leave us all in tears. Kabir Khan managed to convey the right message of humanity above borders beautifully. With the stellar star cast and a gripping storyline, Bajrangi Bhaijaan did wonders at the box office and is still one of the favourites of the audience. However, even in a movie this great, mistakes are bound to happen and while most of the times we tend to miss out on them, Bollywood Hungama brings to you the top 10 mistakes made by the makers in the final cut. 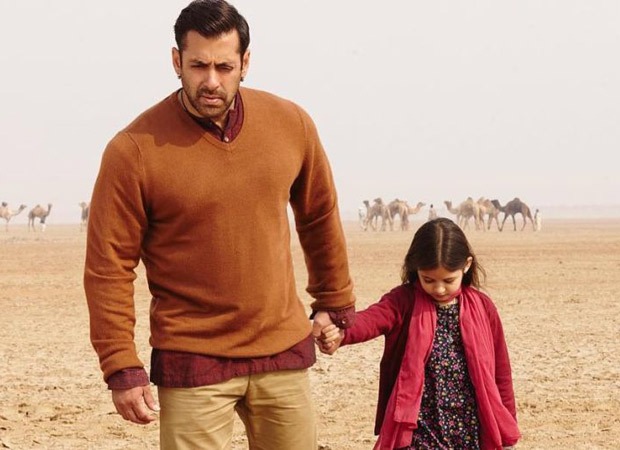 The cricket match shown in the initial scenes has some major commentary issues. While the TV screen clearly shows there are three balls left with three runs, the commentator says that it’s the last ball. Even though the commentator says that the last ball was a sixer, later on, it is seen that the score only adds 4 more runs. Cut to 6 years later, Munni watches the same match while in Salman Khan’s home.

In the film, it is shown that Shahida lives in Kashmir, Narowal, which is shown to be a hill station. However, Narowal is neither a hill station nor in Kashmir, it is in Punjab. Narowal never witnesses any snowfall. Even with Chand Nawab’s colleague, he was never informed of their location but travelled from Sindh to Kashmir in a matter of hours.

Nawazuddin Siddiqui’s character, Chand Nawab is seen uploading a video on YouTube to appeal to the people of Pakistan. But, YouTube was banned in Pakistan from February 2015 till September 2016. However, Chand Nawab’s video goes viral without the right keywords or his profile being an influential one.

The police station where Salman Khan is taken for questioning is shown to be in Sindh. Even though Salman Khan enters Pakistan through Lahore, within a span of few hours, he is shown in Sindh which is an entirely different province. In the film, Chawara sector is shown in Sindh but it is actually located in Punjab near Sialkot.

During Chand Nawab’s introductory scene, the train behind him is of Indian railways, as it is blue in colour. The trains in Pakistan are green in colour.

When the dhaba waiter writes in Devanagari script, Pawan sarcastically asks him to write it in Sanskrit. However, Sanskrit is also written in Devanagari script. Towards the end of the film when Pawan gets shot, he falls in the river and no one knows how he was saved from the flowing river. Also, during his police custody scene, there was no apparent bullet wound shown.

While Chand Nawab is recording the video of Pawan and Munni, she gives a flying kiss to the camera resulting in her dropping the corns. But, the video uploaded by Chand Nawab shows her waving at the camera with the corns still in her hand.

When Pawan hands the passport agent Rs. 50, 000 in cash, he returns to give Munni bangles as a goodbye gift. However, on his return he finds that the shop is closed, despite the board saying that it is open for 24 hours for visa and passport services.

These are the top 8 mistakes that we could come across. Be sure to let us know if you can think of more.

Also Read: Bigg Boss 14 contestants should NOT have an international travel history this year