For every Esha Deol, Moon Moon Sen, Pratibha Sinha, Soha Ali Khan and Twinkle Khanna who couldn’t scale the heights of their illustrious mothers (Hema Malini,Suchitra Sen, Mala Sinha, Sharmila Tagore, Dimple Kapadia) Indian cinema has given us several notable pairs of mothers and daughters, such as Shobana Samarth and Nutan, Tanuja and Kajol who have ruled over two generations. 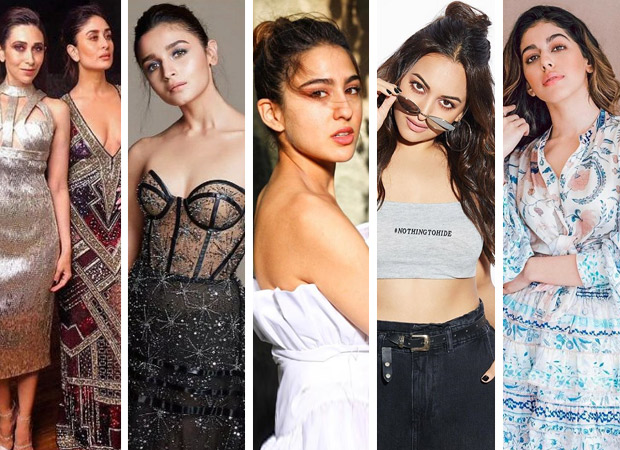 But what about daughters who have gone beyond their mothers? Here’s a list.

1. Karisma and Kareena Kapoor: Both the daughters of former actress Babita were far more successful than Babita ever was. Though she had a string of hits in the 1960s such as Farz, Kab Kyun Aur Kahan. Haseena Maan Jayegi and Doli, Babita was never more focused on her boyfriend Randhir Kapoor than on her career. After she married she happily quit acting. Her two daughters Karisma and Kareena became big stars in the 1990s and 2000s. Kareena continues to rule the boxoffice even after her marriage with Saif Ali Khan.

2. Alia Bhatt: Soni Razdan was no doubt a talented actress, best remembered for her role as the pregnant girl protected against government-sanctioned goons by an elderly couple in Mahesh Bhatt’s Saaraansh. While Soni remained a peripheral player, her daughter Alia was a star from Day One when she was launched by Karan Johar in style in Student Of The Year. Alia has all the banners at her feet today.

3. Sara Ali Khan: So okay, Sara’s mom Amrita Singh was a star in her own right. She did have her share of hits. But mostly in big banner films that focused on the hero such as Manmohan Desai’s Mard and Mahesh Bhatt’s Naam. From the start Amrita’s daughter Sara bagged author-backed roles in Kedarnath, Love Aaj Kal and Coolie No.1. In fact, Sara has a more bountiful beginning in Bollywood than both her parents had at the beginning of their careers.

4. Sonakshi Sinha: Not many know that Sonakshi’s mother Poonam was an actress for a very brief period in the late 1960s and early 1970s. She made a successful debut alongside Jeetendra in Jigri Dost. But nothing happened to her career thereafter, except a few (flop) films with her then-boyfriend Shatrughan Sinha. Like Babita, Poonam was more keen on pursuing love than career. Poonam’s daughter Sonakshi hit bull’s eye with Salman Khan and Dabangg and has been doing well for herself, far better than her mother.

5. Alaya Furniturewalla: Alaya’s mother Pooja Bedi never took her career seriously, never went beyond her skirt-flying stint in Jo Jeeta Wohi Sikandar. Daughter Alaya, on the other hand, has STAR written all over her personality from her debut this week in Jawani Jaaneman. While Mom Pooja was wild in her heydays Alaya is the epitome of self-discipline. No late-nights, no parties, no distractions. Alaya is aware of her impact. She knows, a star is born.