Somehow Madhuri Dixit could never beat her arch-rival Sridevi. Here’s why. Sridevi could rise above the script. Madhuri couldn’t. She was predominantly a director’s actress and she blossomed when the director was capable. Here are the ones you probably missed while you were busy wowing over Madhuri in Beta and Tezaab. 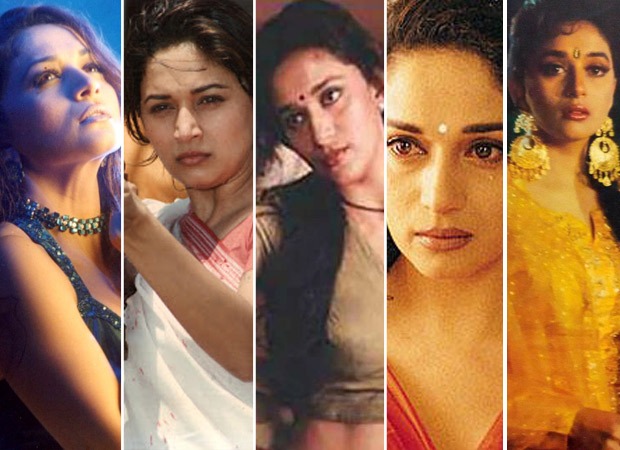 1. Pukar (2000): The joke about this underrated Raj Kumar Santoshi romantic thriller about obsessive love is that they gave the National award to the wrong actor. While Madhuri gave the performance of a lifetime as a woman obsessed with Anil Kapoor it was Kapoor who got the National award. Weird! Dixit was impossibly nuanced as a woman who has fallen so hard in love she can’t see how pathetic she looks down there. From stalking the guy who loves another girl to pleading with him, Madhuri just stripped her soul of all vanity. And tell me very honestly, has she ever danced better than she did here with Parbhu Dheva on ‘Que Sera Sera’? Check this film out again to see what brilliance MD was capable of.

2. Mrityudand (1997): Pitched again the mighty Shabana Azmi in a film about furious feminism in feudal India, Madhuri pulled out all stops to deliver a rousing performance that was at once compelling and complete. She is at first a newly married bride trying to understand the boundaries of a patriarchal society and then she was seething widow determined to get justice for her husband’s brutal murder. Dixit made the transition look inevitable. Well done, Ms Dixit. And to think this performance was not even nominated for a Filmfare award. Seriously?

3. Prem Pratiggya (1989): Have you seen Madhuri play the friendly dabbewali in this Bapu-directed love story between a reformed gunda (Mithun Chakbraborty) and a woman who is poor but never a whining self-pitying tragedy queen. Madhuri mended Mithun’s drinking and womanizing with a performance that was idealistic and virtuous without getting preachy and over-righteous. Under the keen tutelage of Bapu Dixit came up with a performance of delicate beauty and subtlety.

4. Lajja (2001): Raj Kumar Santoshi again! This time Madhuri was cast in an extended cameo as the fiery outspoken theatre actress Janki, pregnant with her lover’s child but unwilling to buckle under social pressure. Madhuri’s performance was a tour de force, especially when she asks Manisha Koirala why women can’t pee at the roadside like men do. To pee or not to pee, that is the question. This question ranks right up there with the one about why actresses get paid less than actors in our cinema.

5. Khel (1992): This cute ripoff of the Steve Martin comedy Dirty Rotten Scoundrels gave Dixit a rare chance to shine in a comic role. Like Madhubala, Madhuri’s comic talent never got a wide platform. Madhuri played an unapologetic con-woman out to fleece an heiress of her millions with Anupam Kher and Anil Kapoor for company La Dixit simply rocked it. Especially in the dance number ‘Idli Doo Idli Doo’, which is to comedic dancing what Sridevi’s ‘Hawa Hawaii’was to Mr India. But then no one remembers Idli doo today.