Today, any Bollywood filmmaker making a college based or specifically, a college-sports film can’t help but get inspired to some degree by Jo Jeeta Wohi Sikandar. The film brought freshness to the industry thanks to its concept, Mansoor Khan’s execution, super-hit music and of course the performances by Aamir Khan, Mamik, Deepak Tijori, Ayesha Jhulka and Pooja Bedi. 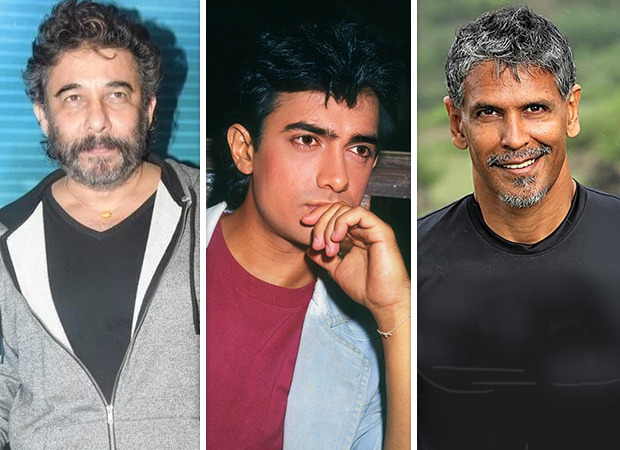 30 Years of Jo Jeeta Wohi Sikandar EXCLUSIVE: “I had auditioned aur mere ko bhi nikaal diya tha. Milind Soman had bagged the part of Shekhar. 75% of the film was shot with him” – Deepak Tijori

In an exclusive interview with Bollywood Hungama, Deepak Tijori went down memory lane as Jo Jeeta Wohi Sikandar completed 30 years on May 22. He spoke about his experience and also opened up about some lesser-known trivia of the film

Initially, they had a different cast. In place of Ayesha Jhulka, there was Girija Shettar. Karishma Pahuja was signed to play the role that was eventually essayed by Pooja Bedi. She was a model then. Step by step, they kept changing people.

Later, Aamir Khan pushed Mansoor Khan to have a look at me. Aamir told Mahesh Bhatt (about the requirement of an actor). Those days, they were shooting for Dil Hai Ke Manta Nahin (1991) in Ooty. In between, Bhatt saab came to Mumbai for 2 days and that’s when he called me home. He told me to go and meet Mansoor. I was not prepared; as per my knowledge, they were already shooting and Milind Soman was already on board. I told Bhatt saab ‘It is not ethically right. But I’ll go and meet him.’ He retorted, ‘Just shut up! Do what I am telling you’!

I met Nasir Hussain saab and I met Mansoor. I figured out that there was a certain reason why they were making changes. I made it clear that as long as Milind is aware of me stepping into the character, I am game. They assured me that everyone has been informed. Nasir saab told me, ‘Beta, humne itna kharcha kar diya hai aur kayi saal se mehnat ki hai’. He requested me to do the role. I told him that ‘Sir, aapko koi kaise mana kar sakta hai’. He was a legend. We had grown up watching his films. Then, we started shooting.

Tell us about your association with Aamir Khan.
Aamir and I knew each other since our college days. He was my junior. We were all together. Paresh Rawal, Feroz Abbas Khan, Vipul Amrutlal Shah, J D Majethia were my seniors at N M College. Ashu (co-star Ashutosh Gowariker) was in Mithibai College. So, Aamir felt that I would fit the part of the antagonist. Similarly, he also suggested that I should play the role in Ghulam (1998). They looked for an actor to play Charlie for a long time. Even that film took a while. Then, Aamir suggested Vikram Bhatt who in turn spoke to Mukesh ji. And Mukesh ji then called me. 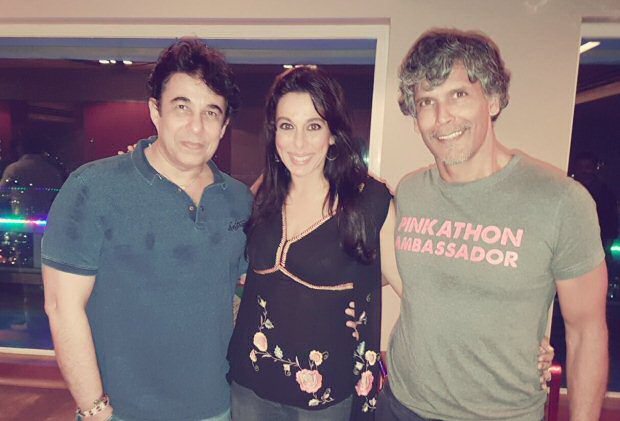 Was it difficult to prep for the cycling scenes? Those days, there was no VFX either…
I used to tell Mansoor, ‘Tum log bolte ho ki tumko actor chahiye. Lekin tumko actor nahi, gym wala ladka chahiye’ (laughs). It was embarrassing for me as I was neither a cyclist nor a fitness freak. The reaction of the whole team when I came on board on the first day was crazy. They took me to the arena and told me to cycle. I did and they started to look at each other. They began to wonder ‘Yeh kaise karega?’ They told me ‘We’ll have to put you under training. This is not how we ride bikes’. I assured them, ‘Aap log ne mujhe cast kar liya hai na, toh main seekh bhi lunga. Just tell me how to go about it’.

Everyday, I used to train at Holiday Inn. Shakti Kapoor, I remember, used to exercise in the same gym. You know, my thighs had become very big. My daily routine was to be on the bike for hours as I had to get into shape and look convincing. I used to joke that this is a workout film for me!

How was it working with Mansoor Khan?
The scenes were so simple and the nuances were so unique that I never felt that I was acting in it. I still remember there was a moment for which I must give credit to Mansoor. There was a fight between me and Mamik on the hilltop. They had already shot that scene before, without me, when I was not in the film. A day before the scene was to be filmed, Mansoor called me and Aamir. Mansoor asked us, ‘What according to you should happen in this scene? Should Mamik just beat you? Or should you beat him?’ Aamir replied, ‘Mamik ko toh dho dena chahiye Deepak ko’. He was looking at it from a very commercial point of view. I replied, ‘Aisa nahi ho sakta. I am the villain of the film. If you get me beaten up, then the climax is over.’ Mansoor then thanked us and left. He was a private person. He never discussed what was in his mind, particularly me as I was kind of an outsider. He and Aamir were cousins. They can say anything to each other.

The next day, during the shoot, out of my instinct, I felt that when Mamik falls from the hill, I should give him my hand. That was the only time when Shekhar Malhotra was actually being a human! I did that and a lot of people there didn’t accept it. However, I reasoned that ‘Woh mera dushman hai but agar woh gir gaya, toh marr bhi sakta hai’. So, naturally, I’d want to save him. Mansoor was adamant and told me, ‘Deepak, you do it’. What I mean to say is that most of the things in the film that we did were not really just conceived the way it was supposed to be. And when actors get into their characters, then the acting emotions come out.

I used to hear a lot of stories that Mansoor goes for 40-50 retakes for a shot. I was scared. On the first day of the shoot, I acted as per Mansoor’s instructions. After he filmed my shoot, he told the DOP to move the camera and we started to shoot the next shot. I got quiet. Even the next shot was okayed in a single take. During the third shot, I asked him, “Do you want one more take?” He replied, “No no. If you want, we can do one more take”. I replied, “Not at all. I am a director’s actor”.

He then took me aside and asked me “What happened?” I told him the truth that I have heard stories about him. He looked at me and said, “Deepak, if an actor will give me the take I want, why I would ask for another one?” 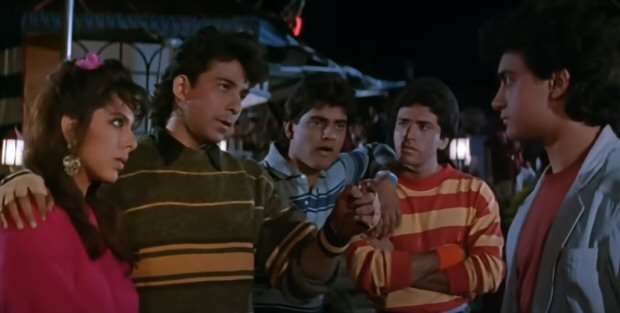 How was it shooting these cycle scenes on the hills?
In Ooty, we used to shoot at a height, where the oxygen was low. We used to pedal 15 times and we would run out of breath. The unit members would then come running with Bisleri. Bisleri ka kaafi bill hua hoga iss film mein! For a confrontation shot with Mamik, Mansoor told me that I have to get really angry. So, there’s a technique we do for such scenes. We hold our breath and the blood then shoots up through our face. I had done it successfully in the rehearsals. However, during the take, the blood shot up so much that I collapsed! Mamik was holding me and suddenly, he was like ‘Deepak, kya ho raha hai. Poora wazan mere haath pe daal diya!’ (laughs)!

Did you ever imagine the film would get so much love and appreciation?
We had no idea that Jo Jeeta Wohi Sikandar would emerge as a cult. Do you know that the film was not even a hit? It worked only in metro cities like Mumbai and Delhi. But in the interiors, film ki band baj gayi thi. There, people used to say ‘Iss film ka naam toh ‘Cycle Race’ hona chahiye tha’. It was very similar to what happened with ’83, or even Andaz Apna Apna, for that matter. However, I am happy that Mansoor’s film has got its due credit.