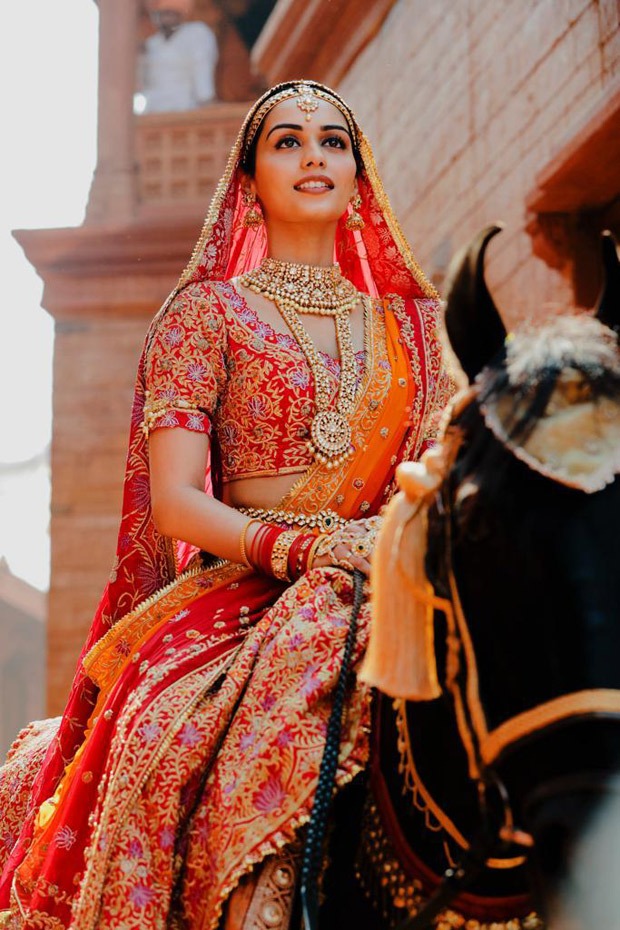 Manushi reveals that the wedding sequence in the film was her most elaborate shot as 25 people comprising costume, jewellery, hair, make-up, tailors, etc dressed her in tandem for 3 straight hours! She says, “So, the makeup would take 20 mins max because my director wanted to portray Princess Sanyogita as natural as possible and hair and costume would take hours. I would be the first one to enter the set, it would still be dark! For the wedding sequence, though it is a short one, it took a really long time for me to get ready! There was an army of people working on me to get me ready and look the way I do on screen!”

Manushi further says, “What I loved about the costumes of Samrat Prithviraj is that they kept it very authentic. But they were heavy, the jewellery was very heavy. There was a duppata for my Swayamvar which went on my head. It was really heavy and I had a proper head neck and upper back issue. I couldn’t keep my head straight. So, every time we would stop shooting for a scene 2 people would come and lift the duppata so that the weight is not all on my head.”

Samrat Prithviraj has been directed by Dr. Chandraprakash Dwivedi. The film is set to release on June 3 in Hindi, Tamil and Telugu.

Also Read: The BASIC PREMISE of Vicky Kaushal and Manushi Chhillar’s next with YRF; And it’s INTERESTING