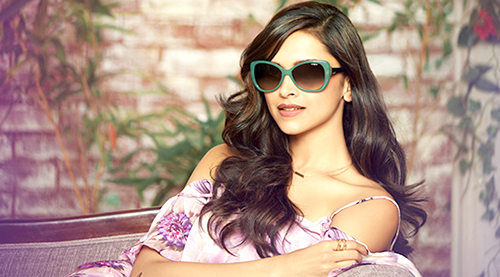 It is Deepika Padukone's 30th birthday today. She has entered the New Year after a frolicking 2015 which can be rated as the best year of her career as an actress and as a

public figure. People can argue that in 2013 she had four blockbusters in the form of Race 2, Yeh Jawaani Hai Deewani, Chennai Express and Ram Leela which made her cross over Rs 600

crore at the Indian Box Office then why am I calling 2015 as her best year ever? There's much more to Success than merely the amount of cash made by your movies. Let's analyze why she made 2015 an

year that will cling on to her forever!


Apart from the fact that her movies made money, it is the unconventional genres of her movies that needs to be noticed. Deepika started the year with Shoojit Sircar's Piku. A slice of life

film that was also dubbed by some as the first Potty film in Indian cinema since it discovered the various innovative ways of streamlining your bowel movement. She had the giant actors like Amitabh

Bachchan and Irrfan Khan as her co stars. The film wasn't over promoted and the word of mouth worked wonders when it released. Her work was widely applauded as it was devoid of glamour, banking on

solid writing and stellar chemistry between the actors involved. The film emerged as a huge success at the box office.

Deewani was a mega blockbuster. Tamasha had extreme reviews. Either it was labeled as a modern day classic or people couldn't relate to the non linear style of complex storytelling.

Deepika received unanimous appreciation for her intensely entertaining performance as well as her impeccable styling. The film was a mixed bag at the box office. It wasn't a commercial success the

way the producers would have wanted it to be. But it was a special film, and some films need time for them to get their due recognition. Tamasha is one such film.

Bajirao Mastani is one of the most ambitious films made in the recent times. It has been mounted on a lavish scale with director Sanjay Leela Bhansali investing all his energies in his most

coveted film ever. It had a colossal clash in the form of Shah Rukh Khan's Dilwale and also faced problems of release due to some protests. Deepika stood like a rock with the film and when

it released, Padukone shined splendidly. She fought like a tigress, loved with a rare madness and protected her character with exceptional purity. Bajirao Mastani won her glorious encomiums

and the massive box office records all across the world must have been hugely satisfying for her as well as the entire team.

their social media pages with the similar pose. It has now been confirmed that Deepika is part of XXX-The Return of Xander Cage costarring Vin Diesel, Jet Ki and Tony Jaa. It is a big moment

for Bollywood as never before has an Indian actress been cast in a Hollywood film of such a magnitude and that too in a key role.

She has had a very good year at the Box Office but it is nowhere close to the Rs 600+ crore of 2013. Then why am I calling 2015 as her best year? Well, Deepika did several things as a public figure

that enhanced her stature and you can't quantify Character. She appeared in a progressive music video 'My Choice' where she spelt out what she's all about as a woman and why it is only she

as a woman who has the right to decide what she wishes to do with her life, body or how she wants to be perceived in the society. She was appreciated by many and panned by some. But she stood by

the music video even though she sagely stated that she spoke the lines that were given to her by the writer. Sometimes finding a middle ground is a better idea rather than locking horns with a

Deepika was courageous enough to admit that she suffered from Depression at the peak of her career and she had even been treated for the same. She bared her soul in a television interview and urged

people not to hide their ailment due to the pressures of stigma from the society. There were some who termed the outcry as a publicity stunt to promote her forthcoming film but Deepika didn't lose

her cool on that. In fact in the many years that I've personally known Deepika, I've noticed that she's genuinely nice with the media, courteous and good natured but after a point she withdraws and

never tries too hard. Her PR team never tries to pimp stories about her. The attempt seems to be to bank on Merit rather than manufacturing public opinion.

In the later part of the year Deepika launched her ambitious foundation 'Live Love Laugh' to help people combat depression and anxiety. When I asked her during an interview recently, if a book has

to be written about her, what it will be called, Deepika promptly replied, 'Live Love Laugh'. It is indeed a commendable step on her part to actively lend her hand to a cause that is almost always

shoved under the carpet of shame and secrecy.

2015 has proved to be a year that Deepika Padukone has truly evolved as a professional, as an actress, as an aware Indian citizen and most importantly as a sensitive fellow human being. It is a

heady cocktail that's truly worth savouring. More power to her! And here's wishing her happy birthday and many more glorious happy years to come.