It was a night to remember as the Kuch Kuch Hota Hai lead cast Shah Rukh Khan, Rani Mukerji and Kajol along with director Karan Johar reunited on the very special occasion of the 20th-anniversary celebration Kuch Kuch Hota Hai (KKHH). One of the key roles in the film was played by Salman Khan who eventually won Best Supporting Actor at Filmfare that year. His role Aman had become one of the beloved characters of all time. As Salman was shooting for Bharat in Abu Dhabi, he could not attend the grand celebration of the film. But, he sent a video message. 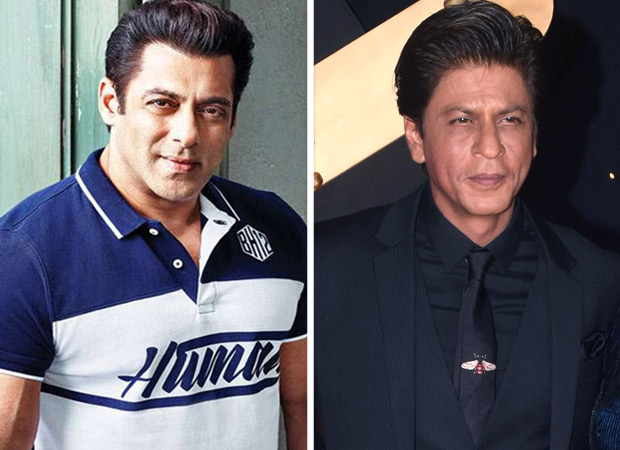 Varun Dhawan, who considers Salman Khan as his inspiration, introduced the segment where Salman's character Aman's highlights from the film were show beginning from 'Saajan Ji Ghar Aaye.' While he revealed that the superstar could not be at the event, he did send a special message for everyone.

Salman Khan had shot a video package on the sets of Bigg Boss 12 in which he revealed how came across the film and why he said yes to it. "Kuch Kuch Hota Hai has completed 20 years since its release. So, the story behind the film was that Karan Johar met up with my sister Alvira Khan Agnihotri and told her that 'This is my first film and Kajol and Shah Rukh Khan have been signed. But, there is a small role but very important one in the film that I want only a star to do. But, I am not able to find any star to do the role.' Then, my sister Alvira told me that he (Karan Johar) is a very good guy. It is his first time and she thought we should help him out. Then, I met Karan Johar at some party and I told him that I will do it for my sister, for Tom uncle (Yash Johar), for Hiroo aunty (Hiroo Johar), for Karan Johar and for Shah Rukh Khan." he said.

Salman further added, "Not only that, but I also loved the script so much. I was impressed my Karan's writing. Karan was very clear at that time and made such an amazing film. It was a different type of film with his own signature style and he established a different kind of cinema. Today, he is one of the most successful producers and directors we have in the industry. He does hosting, writing and acting. I think Karan Johar, today, is the busiest man in the film fraternity. I am happy to be a part of Kuch Kuch Hota Hai. And may this film remain an inspiration to all the young filmmakers and directors."

Sending his love to Shah Rukh Khan and Karan Johar, Salman Khan concluded by saying, "Shah Rukh, love you and best of luck. And Karan, best of luck and keep on doing good work. Someday, work with me again. Give my love to your mom. I'll come home and see your kids."

Also Read: 20 years after Kuch Kuch Hota Hai release, Kajol REVEALS what was her reaction when she heard ‘Koi Mil Gaya’ for the first time!