Karan Johar directed family saga Kabhi Khushi Kabhie Ghum is about to complete 20 years on December 14, 2021. It's been 20 years since this family drama became everybody's favorite and has been a go-to movie ever since. The film starred Amitabh Bachchan, Jaya Bachchan, Shah Rukh Khan, Kajol, Hrithik Roshan, and Kareena Kapoor, with a special appearance by Rani Mukerji. Every song from the film went on to become a chartbuster with the song ‘Bole Chudiyan’ continuing to rule hearts and the go-to song at Indian weddings. 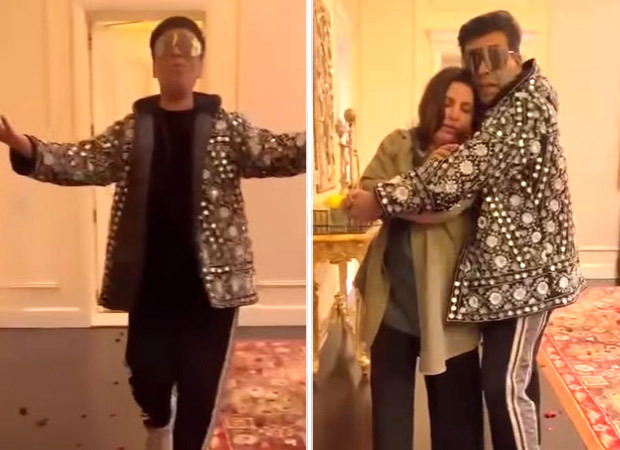 The makers of the film will be celebrating the film the entire week ahead of its 20th anniversary. On Wednesday, Farah Khan, who was the choreographer of the film, posted a video of her and Karan recreating ‘Bole Chudiyan’ in their own way. The video shot in a hotel room sees Farah dancing to ‘Bole Chudiyan’ with Karan making a dramatic entry. Sharing the reel, Farah wrote, "Epic reel for 20 yrs of an epic film! #20yearsofk3g .. @karanjohar so good to know we still as mad as ever.. maybe more"

Meanwhile, on Tuesday, Karan shared a special note for his second directorial endeavour on Instagram. Karan Johar took to social media and wrote, it’s going to be 20 years and I still feel the euphoria of having this film released on the big screen and people going to watch it. But I feel the impact sank in for me much later. And that feeling hasn't stopped ever since,” Karan Johar jotted down, adding, “I see all the videos, all the occasions this film's music is a part of, all the dialogues people have now inculcated in their daily life and of course - the fashion!! At the heart of it, I also see that after all this time - it's all about loving your...family (sic).

On the work front, Karan Johar recently wrapped the shoot of his forthcoming movie Rocky Aur Rani ki Kahani which stars Alia Bhat and Ranveer Singh in lead. Farah Khan is the choreographer of the film.