2004 was a landmark year for Shah Rukh Khan. He worked in 3 movies – Swades, Veer-Zaara and Main Hoon Na – the last 2 of which were super-hits and the biggest grossers of the year. And he was appreciated in all three. Main Hoon Na celebrated it's 16th anniversary on April 30 and it went a long way in cementing the superstardom of SRK.. Directed by debutant Farah Khan, it gave Shah Rukh the chance to break from his loverboy image and try his hand in action, romance and drama. And of course, for those who love him in romantic roles, the film offered that as well. 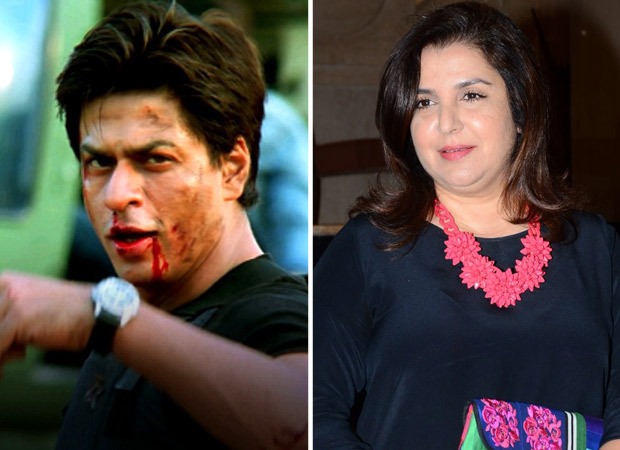 Shah Rukh Khan in Rajeev Masand’s audio show ‘Picture Ke Peeche’ says, “Main Hoon Na had a very thin lifeline – grown up man, going back to college and sitting in a classroom. Now it sounds like a far-fetched, dangerous thing to do. But Farah has that belief, certain degree of madness and she can pull off the most outrageous thought. So for example, when she told me that she wants to do Main Hoon Na, she added ‘It’s like you’re going back to school with a side-parting and a good boy image!’”

In the same breath, he also tells, “Very strangely, Farah thinks of me as an action hero. She is the only director who feels I could be a very cool action hero. She’s done the maximum action with me, be it Happy New Year, Om Shanti Om and Main Hoon Na.”

Shah Rukh Khan tells why Main Hoon Na was a crucial film for him. He narrates, “It was a comeback of sorts for me. I had just done my spine surgery. I had apprehensions whether I’ll be able to get back to work and be able to do the stuff that I do. I had just shot for ‘Pretty Woman’ song in Kal Ho Naa Ho. Then I came on Main Hoon Na sets and I remember doing the roof sequence. For me, it was very important I nail it. Farah, obviously, loves me too much and was very scared. However, I told her that I want to know whether I am fine after this spine surgery or whether I am not as good as I used to be.”

Shah Rukh Khan then fondly remembers why shooting the film in Darjeeling was special for him. He states, “We were shooting 36 years after Mr Raj Kapoor shot for Mera Naam Joker in Darjeeling. Very few Hindi films had been shot there in the interim. Also, ‘Mere Sapno Ki Rani’ was my childhood favourite song and I actually recreated that for myself. We didn’t have the opportunity to do it in our film. However, it was my childhood dream to go and see that train. I don’t have any scene with the toy train. I only have a scene of Sushmita Sen crying at the station.” He also adds, “Also, before Main Hoon Na, I had shot Raju Ban Gaya Gentleman. Part of it was filmed in Darjeeling.” 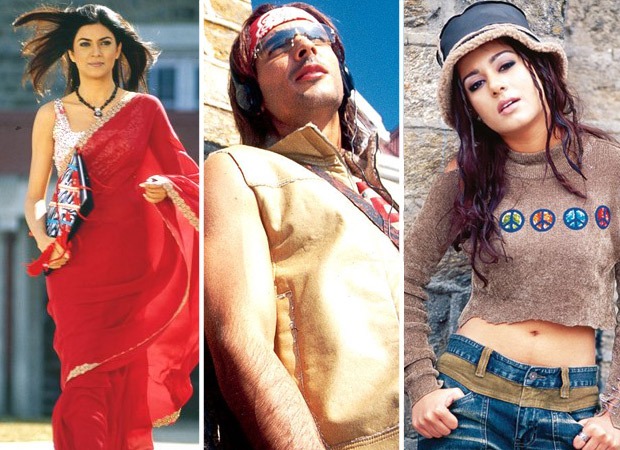 Talking of his co-stars, SRK exults, “There was a time when Hrithik Roshan was in the film. But for some reason he (opted out). There was some reason which I don’t know. It’s between Farah and Hrithik. Zayed Khan, however, was lovely and even Amrita Rao was really, really nice.”

He also reveals some interesting trivia about his on-screen lover, Sushmita Sen, “I remember we were waiting for Sushmita to come. She was wearing what looked like fur. Farah told me, ‘Whenever you see her in the film, you just carried away and you dream and violins happen’. I think that was a really cool part of the film. I asked if I could raise my arms when I see her.” Shah Rukh then adds, “And actually when Sushmita arrived to work on the film, she looked so stunning and beautiful. In that fur dress, she actually looked like a diva. And really, you didn’t have to act much as she looked so stunning as she walked in. We had a great time shooting it.”

All in all, shooting Main Hoon Na was a fun experience for the superstar, especially the Darjeeling schedule. “Farah had all the dancer boys and girls in the evening doing a show for us. Every evening, we used to go the school theatre or the drama room and all the boys and girls used to make fun of us and about what’s happened in the day,” he excitedly says.

Also Read: 16 Years of Main Hoon Na: These trivia about the film’s songs, Darjeeling element, original title would make you FALL in love with it all over again!