Shah Rukh Khan is known for his wit and charm. The superstar, who is also known for his fab oratory skills, gave a rather intriguing speech on the future cinema at the recently held ET GBS [Economic Times’ Global Business Summit]. During the same, Shah Rukh Khan left everyone impressed with his knowledge on change of cinema, the way it will be perceived in the future and other subjects related to the dynamic industry. In fact, adding essence to it was also the tinge of wit and humour that the actor’s speeches are famous for.
Here’s a compilation of 15 quotes given by Shah Rukh Khan that will change the way you look at the future of cinema. 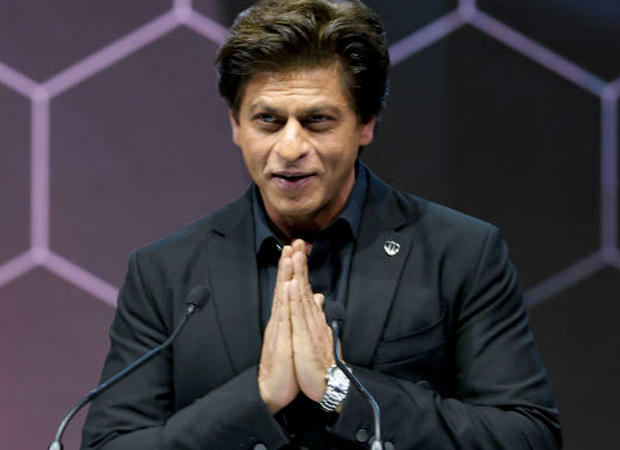 1. A man who looks good in a suit is not always a businessman. I have not been to Wharton or Harvard business schools. Neither did my father leave me a lucrative bicycle business which I have turned into an automobile industry giant over the years. Actually my father gave me nothing…he was 6 feet 2 and he did not even give me his height! I hold that against him.

2. I want to be a legend. Since they don't make books titled 'How to become a legend', I rummaged through my personal library of 15000 books...okay maybe I exaggerate. Forgive me. I looked in my library of 423 books for something intelligent enough to give me some ideas on how to go about it. As it happens, my eye fell upon a book that pertained to the past, not the future. It's called 'Sapiens: A Brief History of Humankind'. I got through about three chapters, enough to tell me that homo-sapiens dominated all others species due to one single reason. They gossiped!

3. I had a private tutor, the types whose breath smells of onions and he would charge 20 rupees per one hour session. He also had a strange accent and he would enlighten me every time before each lesson. "History means Hees- Ishtory, that is, the ishtory of man." With due apologies to all the ladies in the room, in those days misogyny passed unnoticed in an all-boy's school. Now, of course we all know better, so let me make this politically correct on his behalf, history is the story of woman and man.

4. There has been a radical change in cinema and its content over the years. Change even in the way we consume cinema. But right now as we sit here I think that we are witnessing perhaps the greatest change of all.

5. Social media has already altered the world of entertainment phenomenally but what we see today isn't even the beginning of it. So now getting down to what I really think is going to happen in the future. As movie-making and cinema is concerned, I can foresee a number of walls that will crumble

6. The boundaries that define content will fall. The length of movies will alter. They may not be as long as they currently are (at least in our part of the world). Different aspects in different social and psychological geographies will evolve. The things we cannot discuss or portray publicly today will be shown openly and portrayed with impunity tomorrow.

7. Concentration of power in terms of large production companies run by individuals will give way to crowd funding and more democratised production decisions taken on the basis of public demand that will be accessed through alternate media platforms in the way that Netflix is doing for instance.

8. For all the up-start actors (like me) who imagine themselves as production tzars, there will be people organising over the internet and social media and producing their very own movies with as much success. Many of us here might have to wisen and up and become inclusive or just close shop!

9. Free expression will no longer be held back in a world where access to communication platforms will be open to all. Curbing it will be a virtual impossibility. Ideas will travel with greater speed and force than ever before. This will mean that even production boundaries will break free.

10. If I was to check the boxes my future in this future world looks rather bright. All this AI stuff and Virtual Reality, will still be relevant for me, as Sophia the Citizen robot says she loves me. So I have that covered.If I was to believe Mr. Lucas then a movie will run for years in a theater, I already have Dilwale Dulhaniya Le Jaayenge running for 20-odd years. As far as bringing movies to the homes is concerned, I already have a Netflix deal.

11. The boundaries between viewers and films will dissolve. You will no longer watch a movie only to be momentarily pulled into its emotion and experience. The movie will become the experience. Viewers will be able to define scenes and participate in them. Viewers will decide 'Don ko pakadna mushkil hai ki nahi'.

12. The entire manner in which movies are watched may change too. Instead of going to the cinema, the cinema will probably come a lot closer home as it is already doing through Netflix and other such entities. On the other hand, perhaps movie-watching could become the hub around which community entertainment comes together as well.

13. A cinema would be like a Broadway show, the movie might play for an entire year. In his vision of the future of cinema, you'd pay for an exclusive experience with all the perks in the world: drinks, culinary experiences, comfort etc. but that would be all that will be left of what we know the movie business to be today.

15. As film-makers, businessmen, I believe, the business of cinema in the future as in the past, will prosper only if we can forge a future in which entertainment remains about sharing emotion, happiness and the most magical idea of all; love. And because I have been spreading love every time I spread my arms I think I will be a legend after all.

Here’s a look at the videos from the ET GBS: