Every star worth his audience pulling-power has in place a definite strategy on his preferred films and career maintenance or advancement. Here is Part 2—the strategies of the remaining eight stars. 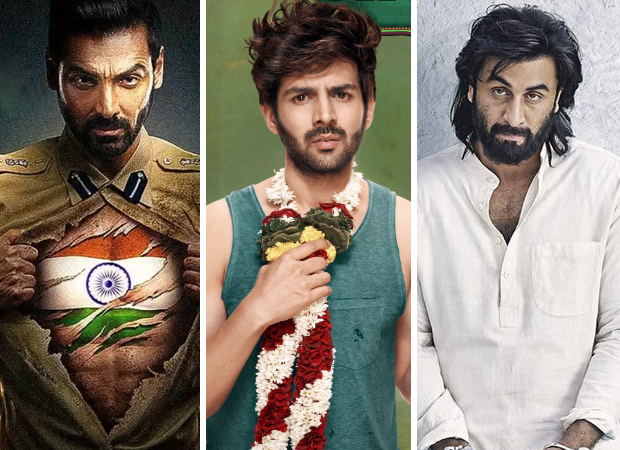 John Abraham: Having got success—albeit on a limited note vis-à-vis other action stars—with Parmanu—The Story Of Pokhran, Satyameva Jayate and now Batla House, John Abraham continues his mantra of thrillers with or without a topical slant. Coming up are his home production, Attack, Sanjay Gupta’s Mumbai Saga, and his return to comedy (after Dostana, Housefull 2 and Welcome Back) in Anees Bazmee’s Pagalpanti.

John has the courage of conviction to go on despite his non-sensational faring at the box-office, and a loyal team in his company also whets his scripts—even if they go wrong occasionally with a Force 2 or a RAW (Romeo Akbar Walter).

As he says, “I do not compete with anyone, I am comfortable and operate in my own world, and rule in my own space,” he says. “My film may not be the best in the world, may not necessarily do 100 crore, but will entertain, and if it comes from my production company, JA Entertainment, something about it will be different.”

A classic John trait in recent years is his tendency to work with smaller heroines or new faces—Anuja Sathe, Aisha Sharma, Mouni Roy and Mrunal Thakur being the latest in a long line. The last he starred with an A-list actress was in the 2011 Priyanka Chopra film Saat Khoon Maaf!

Kartik Aaryan: Kartik has found his niche in wholesome comedy (Pyaar Ka Punchnama, Pyaar Ka Punchnama 2, Sonu Ke Titu Ki Sweety, Luka Chhupi) after his share of debacles like Akaash Vani and Kaanchi: The Unbreakable, and has decided not to rock the audience expectations boat. Coming up are the sequel Bhool Bhulaiya 2, the Pati Patni Aur Woh remake and Dostana 2, in which he plays a gay. The smart young boy realizes that comedy is serious business, especially if your fans want it that way!

Ranbir Kapoor: Sanju, and his entire career’s only other hits Ajab Prem Ki Ghazab Kahani, Raajneeti, Yeh Jawaani Hai Deewani and Barfi!, along with his many debacles led by Roy and Bombay Velvet, seem to have finally opened Ranbir Kapoor’s eyes to a reality check. Apart from buddy Ayan Mukerji’s biggie Brahmastra, he is now doing a Luv Ranjan comedy and balancing it with Sandeep Vanga Reddy’s next film after Kabir Singh. There is one more old assignment, Yash Raj Films’ action extravaganza Shamshera, which is also in the mainstream space.

Ranveer Singh: Ranveer Singh can well be termed Ayushmann Khurrana on the steroids of bigger budgets! After the trilogy of Sanjay Leela Bhansali dramas, Simmba and Gully Boy, he is set to do three completely diverse films—’83, in which he plays Kapil Dev in a dramatic recount of the 1983 World Cup, Karan Johar’s Takht, a historical in which he plays Shahjehan’s eldest son and heir Dara Shikoh, and Yash Raj Films’ Jayeshbhai Jordaar, in which he is the title character of what he terms a “miracle script”. The last time Ranveer truly loved a script, we got Gully Boy—so our expectations are definitely high!

Ranveer is thus a man of conviction and, as a die-hard fan of the golden times of Hindi cinema, has also developed a great acumen. The icing on this ‘safe’ cake will be his reprise of Simmba in a cameo in Sooryavanshi. 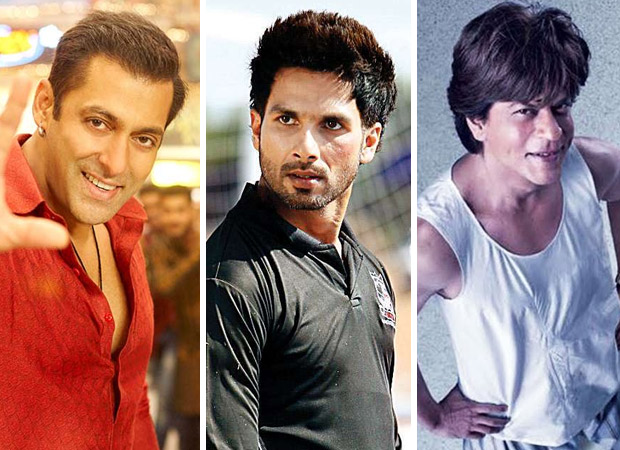 Salman Khan: Salman Khan needs to rethink his current strategy. Some years back, he was charged about do something different yet substantial after Bajrangi Bhaijaan and Sultan broke the 300-crore barrier. One Tubelight changed all that, though it was the film that was bad, and Salman seemed to have been conned into accepting—and producing—it.

After one more mammoth but underperforming Bharat, and the contrasting fates of Tiger Zinda Hai and Race 3, Salman seems set to go the whole commercial hog again. This can be a double-edged sword too—which the Numero Uno actor has to realize in these days of changed audience preferences. After Dabangg 3, it is Kick 2 and Wanted 2 and the shelving of Inshallah proves that insecurity seems to be his driving force now. At 53, this needs to be replaced by a future vision.

Shahid Kapoor: Shahid Kapoor must have got two whopper shocks when Padmaavat and Kabir Singh both became sturdy blockbusters, vis-à-vis his mélange of earlier flops and underperforming dark films. Quite obviously, he should be—and is—doing a rethink on the kind of films he wants to touch, now that he has got the first two super-hits ever in his 16 year career!

Among the films he is considering now are Ram Neerja Madhvani’s next (with half-brother Ishaan Khatter), Rajkumar Gupta’s next thriller, and the remake of another South whopper, Jersey. The pseudo, dark and mediocre zone seems clearly a thing of the past. Good times are likely for this good actor.

Shah Rukh Khan: This man’s strategy is, as of now, unknown to anyone! After debacles in a row, and the fact that the best filmmakers are somehow staying away from him, Shah Rukh Khan is the lone superstar who must be racking his brains to choose his next script. Our advice: Get into the Om Shanti Om-Chennai Express kind of space again. A consistently improving actor like him needs to rise above Zero—pun intended!

Varun Dhawan: Varun hit a wrong note with October, even if he is proud of that film. The very tepid success Sui Dhaaga:Made In India seems to have added to Varun’s clarity that he had better heed how his zillion fans like to watch him on screen. And even Kalank went even more out of focus.

By contrast, the …Dulhania franchise, ABCD 2 and his father’s Judwaa 2 are among the pillars on which he has built his current stardom. After Street Dancer 3D and Coolie No. 1, he is unlikely to tread middle-of-the-road terrain anytime soon. Especially if he knows what is good for him! Varun should now know that every off-center film cannot reach the Badlapur level.