Known for being ‘Worldwide Handsome’, his “dad jokes” and his quirky antics, Kim Seokjin aka Jin of the South Korean juggernaut BTS is one of the most adorable and extraordinary artists. He is the vocalist, and also the eldest member of the group. Jin has showcased his musical talents with the group’s music releases. To show his admiration for his peers, and to show his love for the fans, Jin has released a few solo tracks on Soundcloud as well. These solo releases were lapped up instantly by the fans, for the songs resonated with their emotions and feelings and made them feel closer to their favourite artist. The listeners found an outlet for their emotions through his songs. Jin’s solo tracks often stem from his personal experiences. He has not shied away from presenting his vulnerable side to his fans whom he trusts and loves so much. Jin and his music have often been a shoulder for the fans to rest their heads on. 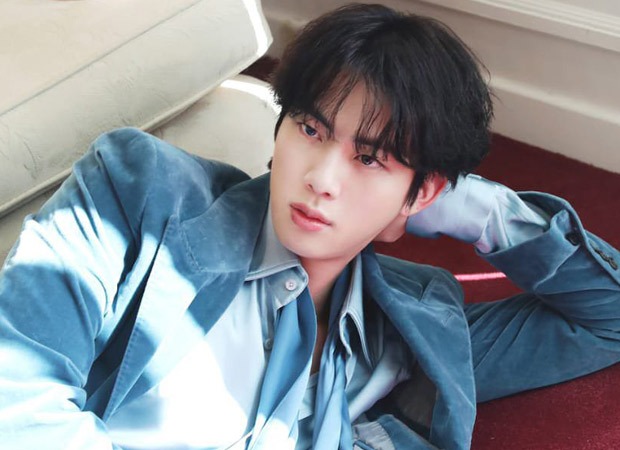 Let’s take a look at BTS Jin’s Le-JIN-dary solo tracks as he celebrates his 29th birthday today [30, according to Korean age system].

SCHOOL OF TEARS (2013)
Jin, RM and Suga came together in this adaptation of Kendrik Lamar’s song ‘Swimming Pools.’ The song ‘School of Tears’ was released on the group’s YouTube. RM and Suga worked in the rap verses whereas Jin crooned the vocals. The song is a commentary on the society’s unrealistic standards and the education system.

MOM (2015)
‘Mom’ is a song originally by Ra.D. The song is an ode to one’s mother, expressing gratitude and feelings unspoken. Jin belts out the lyrics with utmost emotions and stellar high notes. Accentuated with matching piano tunes, ‘Mom’ by Jin is beautifully emotional track.

I LOVE YOU (2015)
Released on December 4, 2015, BTS Jin’s I Love You is a cover of the original song by the band Mate. The cover song is a ballad, accompanied with classic piano tunes. Jin showcases his singing prowess by reaching towards the high notes.

AWAKE (2016)
‘Awake’ is Jin’s first solo in the official discography. The song was a part of the group’s album Wings. A Christmas version of the song was released in the same year on the occasion of Jin’s birthday. Awake is a soft yet gradually rising ballad track. Jin sings in a lower register and the chorus with his high notes is a cherry on the cake.

EPIPHANY (2018)
‘Epiphany’ is one of the best musical renditions by Jin. The track is loved for many reasons – the message of self-love, self-acceptance, and even Jin’s stellar vocal pitch. The track features a semi-rock music composition that gradually rises in tempo as it sneaks into the deep crevices of one’s heart.
IN FRONT OF THE POST OFFICE IN AUTUMN (2018)
Released during the BTS Festa celebrations, In Front of the Post Office in Autumn is a cover song by Jin. The song is originally sung by yesterday Korean singer Yoon Do Hyun. The song captures the essence of love and musings during the autumn season beautifully.
BTS · 가을 우체국 앞에서 (cover) By JIN Of BTS

TONIGHT (2019)
‘Tonight’ by Jin is in memory for his pets. Just like its predecessor, Tonight was also released during the BTS Festa in 2019. The song is in the soft-tempo range with eclectic guitar riffs. The use of minimal instruments casts a spotlight on Jin’s highly sentimental vocals as he remembers his beloved pets in this self-produced song.

ABYSS (2020)
‘Abyss’ by Jin one of the most heart-rendering songs. The song is about separation and missing the special someone. The acoustic guitar, clubbed with drum beats add in to the dramatic effect needed in the song. Jin had mentioned that the song is about his ‘less happy side’ and the days when he was feeling low. The group’s leader RM also helped Jin to write lyrics for the song.

MOON (2020)
Jin’s third official solo is the track Moon from the group’s album Map of the Soul: 7. Jin composed and wrote Moon. The track gives off cosmic vibes as Jin sings about love with a girl. The song is a celebration and confession of love. It is by far Jin’s most foot tapping songs.
FELIZ NAVIDAD (with J-Hope) (2019)
Jin brought in the Christmas cheer with his duet cover of Feliz Navidad with J-Hope. The song is in English, and was performed at the MBC Gayo Daejeon in 2019. The duo brings the merriment alive with their joyous rendition of the José Feliciano original.
EVEN IF I DIE IT’S YOU [WITH V] (2016)
Jin first lent his vocals to a K-Drama OST with this particular song for the drama Hwarang. The drama also marked his bandmate Taehyung aka V’s acting debut. The song is sung by both Jin and V, and it is a song about friendship until the end of the line. The duo also performed the song live at the BTS PROM PARTY in 2018.
YOURS [2021]
Jin’s latest musical offering is the song 'Yours' which featured in the drama Jirisan starring Jung Ji Hyun and Ju Ji Hoon. The song is an emotional ballad which heightens the ongoing emotions in the drama. It is also Jin’s first solo K-Drama OST and it peaked several musical charts worldwide upon its release.Also Read: BTS’ fifth concept photos from ‘BE’ features Jin as he reminds everyone how important it is to cherish yourself
Tags : Birthday, BTS, Features, Happy Birthday, Happy Birthday Seokjin, International, Jin, K-pop, Kim Seokjin, Music, Seokjin, Song