It’s all in the stars—of the astrological kind. Or so it seems. As Race 3, despite the negative buzz and reviews, romps home past Rs 100 crore in 3 days flat in India alone, and Salman Khan gets his 13th consecutive member of the club as leading man (plus two more—Son Of Sardaar and Judwaa 2 in cameos!) and is touted as a Mega-Star, let us look back at his career. 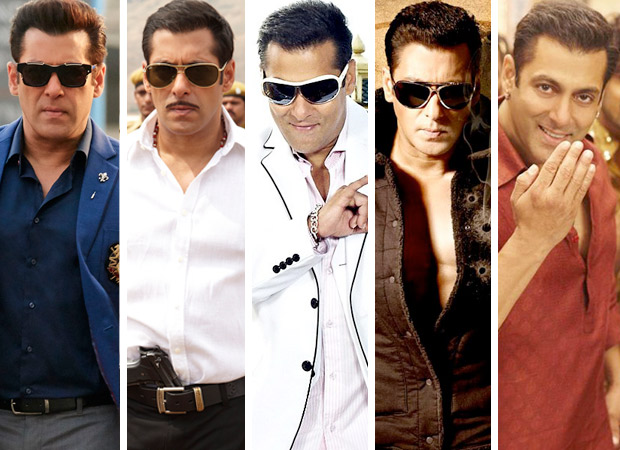 Of those 12 films, Dabangg, Ready, Bodyguard (all home productions), Bajrangi Bhaijaan (which he co-produced), Ek Tha Tiger, Kick, Sultan and Tiger Zinda Hai were super-hits, while Jai Ho! broke even, Tubelight did not get back investment and Dabangg 2 and Prem Ratan Dhan Payo were hits. All these films released in the 2010 and afterwards phase.

But Salman Khan started out in 1988 with a second lead in the average Biwi Ho To Aisi, getting his first solo lead in Maine Pyar Kiya, released in December 1989. And while he gave eight blockbusters 22 to 30 years into his career, he did give huge hits in the earlier phase as well.

Here, then, is the list of 12 Salman Khan blockbusters in the first 21 years:

4. Karan Arjun-The second biggest hit of 1995. When the film released, Salman Khan had a huge head-start in popularity over co-star Shah Rukh Khan, who had had super-hits only in Baazigar and Darr as anti-hero.

5. Judwaa-This David Dhawan film that had Salman Khan's first dual role ranked then respectably among the top 10 films of the year, but over the decades, it has outclassed most of the the bigger hits of that year to become a high-recall cult entertainer. So much so that David Dhawan, the director, actually remade it with son Varun Dhawan for a 2017 audience. The updated film, Judwaa 2, also was a hit and had a cameo by the 'two' Salman Khans in the post-climax!

6. Kuch Kuch Hota Hai-The biggest hit of 1998 was essentially a Shah Rukh Khan-Kajol musical, but Salman Khan, in a long special appearance, walked away with a lot of sympathy for his character, who loves but loses Kajol.

7. Biwi No. 1-The top hit of 1999 saw Salman Khan in the central role as the philandering husband. Though the film was very melodramatic and kitschy, he pulled it off, supported by Karisma Kapur and Sushmita Sen, with Anil Kapoor, Saif Ali Khan and Tabu in "parallel" roles.

8. Hum Saath Saath Hain-A typically Rajshri production not only in content but its thrifty production, this was the second biggest hit of that year with its ensemble cast. Like any multi-star Dharmendra film, it was essentially top-lined by Salman! It ranked next only to Biwi No. 1 that year. 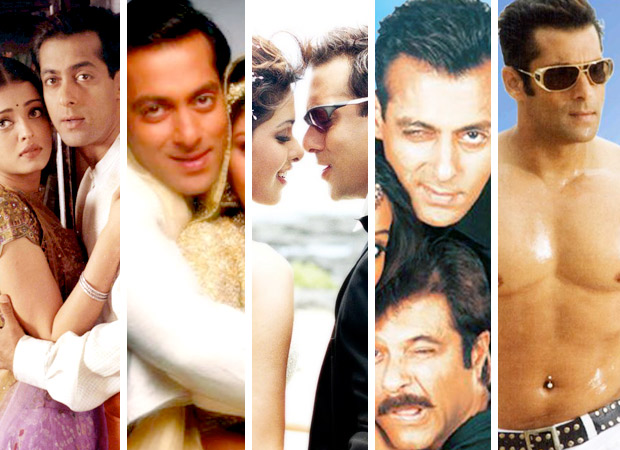 9. Hum Dil De Chuke Sanam-The most celebrated romance of 1999 completed the triad that made Salman rule that year with all its top three hits, a feat that had only one precedent-Amitabh Bachchan with Muqaddar Ka Sikander, Don and Trishul in 1978! It made, in the pre-100 crore days, Rs. 52 crore on a Rs. 16 crore budget!

10. Mujhse Shaadi Karogi-Also starring Akshay Kumar, this 2004 film earned over Rs 55 crore for a Rs. 19 crore budget. This was the third hit Salman got with David Dhawan, with whom he has worked the most in his long career.

11. No Entry-The biggest hit of 2005 remains another cult comedy and has another distinction: it is the only film with an adult theme that appeals even to children with its "universal", earthy and uproarious humour!

12. Partner-Salman Khan's 2007 home production was among the top five hits of that year. It is loved to this day.

Let us now look at blockbusters from the other market leaders in the same phase (1988-2009), though Shah Rukh Khan started out only in 1992,  Aamir Khan had Qayamat Se Qayamat Tak, Dil, Rangeela, Raja Hindustani, Ishq, Taare Zameen Par, Ghajini and 3 Idiots. Four more films—Lagaan, Dil Chahta Hai, Rang De Basanti and Fanaa— romp in only if worldwide collections are included and not their India performance, which did not match up.

So, Salman Khan has had 12 blockbusters in India alone, while Aamir Khan and Shah Rukh Khan had 8 each, with 4 and 3 more films added only because of NRI appreciation.

In the post Rs. 100 crore era, Aamir Khan has added PK and Dangal to his blockbuster list, whereas Dhoom 3, also, comes in only with its faring at the international box-office. Similarly, Shah Rukh Khan has added My Name Is Khan, Chennai Express and Rab Ne Bana Di Jodi only because of their worldwide box-office.

In conclusion, given Salman Khan’s consistently better and more luminous box-office record (as per facts and figures supported by the trade) throughtout the last three decades, we wonder why he is considered a mega-star only now?

As we said at the beginning, it is all in the stars of the star!