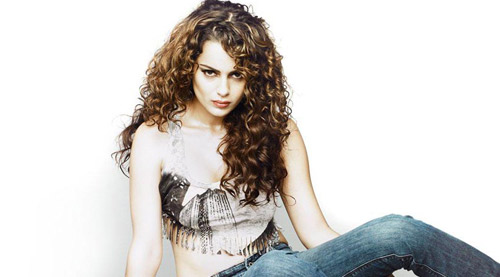 "I feel that it is not about money, it is about equality. I think that somehow it comes if you ask for equal pay cheques, whether you'll get it or not that's a different thing. But keeping in mind the credibility that you hold as an artiste, at least one should just try," said Kangna Ranaut in a video interview with Faridoon Shahryar on reportedly getting Rs 11 crore for Ketan Mehta's ambitious Rani Lakshmibai. "I can't hope to get as much as a big megastar gets because I may not have that kind of data the way a person who has a pull at the Box Office does but as much as I am doing and I think I deserve, is a good initiative," Kangna added. When Bollywood Hungama recently asked Ketan Mehta about the reports of Rs 11 Crore remuneration for Kangna, he said, "The terms are still not worked out so I don't know where you hear these stories from."

In a recent interview in Indian Express, Kangna Ranaut had categorically expressed that she is indeed getting Rs 11 Crore for Rani Lakhmibai. "There was a point when my complaint about the fees for actresses wasn't rational and yet, I felt that way even earlier. But the data wasn't supporting me. Queen did make money, about Rs 100 cr, but still I wasn't sure how much money could I ask for after that. My getting Rs 11 cr is a small step towards that equality you are talking about, and as a woman I would also want to seeâ€¦to be treated as an equal," Kangna had told Indian Express.

Talking about the Rani Lakshmibai biopic, Ketan Mehta said, "Rani Lakhsmibai biopic is something that I've been working on for a long time. After Mangal Pandey it is the part 2 of the trilogy. Rani of Jhansi in my opinion is the most fascinating female character in the history of humanity of the world and not just India. It is going to be a big challenge." Why did he opt for Kangna to play Rani of Jhansi? "Multiple reasons, she's on the top of the form, she has a fire in the belly, she is a very fine actress and she really wants to prove herself and excel," Mehta said

On paper the biopic of Rani of Jhansi looks extremely interesting but these remuneration battles being flaunted in the media don't give a clear picture if Kangna Ranaut will indeed get what she said she is getting. The industry sources say that the Box Office fate of Kangna's next release Kati Batti may seal the fate. If Kangna manages to get Rs 11 crore remuneration then she will become the highest paid Bollywood actress and that will be a huge achievement.

When director Rajkumar Santoshi claimed he…

Alia Bhatt claims her relationship with…