Last Updated 08.08.2020 | 2:32 PM IST
feedback language
follow us on
Home » News » Bollywood Features News » Bollywood News #10YearsOfJabWeMet: The film that taught us how to smile, love and live our lives 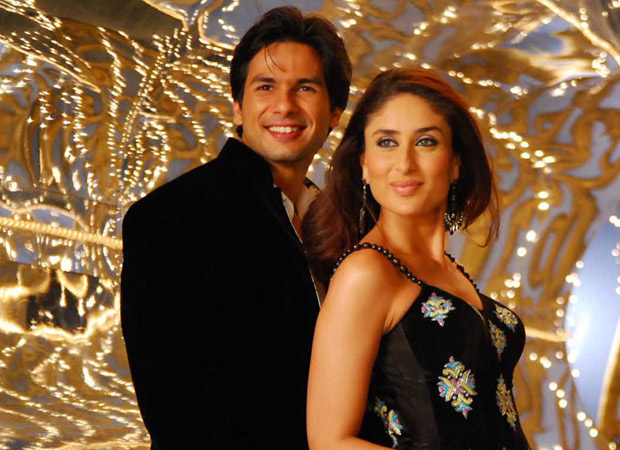 Dilwale Dulhania Le Jayenge was one of the most significant films of Indian cinema. It changed the way one looked at romance, parents’ opposition with regards to the love affair etc. At a time when opposition from parents meant elopement, here was a film that didn’t fully support that idea and instead, gave a new dimension to it. Also, the climax where the father tells the girl to ‘jee le apni zindagi’ was a unique concept. Dilwale Dulhania Le Jayenge was hence a game changer.

What Dilwale Dulhania Le Jayenge was to the 90s, Jab We Met was to the last decade. It released on October 26, 2007 with minimal hype. Most of the buzz was thanks to the song ‘Mauja Hi Mauja’, which is still a much loved track, and more so because its lead actors Shahid Kapoor and Kareena Kapoor had just broken up then. Nobody however anticipated that Jab We Met was not going to be a just another love story – it was a film that would change the way people perceived romantic films.

The biggest contribution of Jab We Met is that it brought realism and rooted-ness in mainstream cinema. Prior to Jab We Met, some films did try realism in our cinema but they came with their shortcomings. Romcoms like Salaam Namaste, Mujhse Dosti Karoge, Hum Tum and Cheeni Kum had characters that somewhat were straight out of life but audiences couldn’t relate to them completely. Also, they were mostly set in foreign locations and hence the desi-ness was missing or was present in very small proportions. The 2005 caper Bunty Aur Babli had a realistic setting and was based completely in the northern belt of India. But the characters and the way they climb the ladder of success was too hard to believe. However, films like Khosla Ka Ghosla, Main Meri Patni Aur Woh, Life in A Metro etc, had straight out of life characters and were based in the ‘real’ India. But these films were mainly for niche audiences; hence, the reach was limited.

At such a juncture, Jab We Met arrived and filled the much-needed void in our cinema. The characters’ traits and their problems, mannerisms etc, were extremely relatable. And it had a pan-India appeal. It was not uncommon to see viewers comparing themselves or their peers, cousins etc, with Aditya Kashyap or Geet Dhillon. Moreover, the characters were not travelling in imported sedans and vacationing in expensive holiday resorts. After missing their train, Aditya and Geet face problems that any normal person would face in a similar situation. Director-writer Imtiaz Ali moreover used names of towns that actually exist, unlike other filmmakers who come up with their fictitious names. As a result, one could feel a connect when Geet is roaming in Ratlam and remarking that she had always seen this town from the train window and never expected that she’ll be exploring it someday. Immediately, crores of people who had passed from this junction mentally agreed during the said sequence.

The character of Geet in fact was much appreciated – we haven’t got such a character since. She is extremely talkative and can go on and on and on. Yet, I haven’t come across a single viewer who claimed that he/she found Geet irritating. This is a feat that very few filmmakers have been able to achieve. 7 years after Jab We Met, Ek Villain makers tried something similar with Shraddha Kapoor’s character. But sadly, half of the moviegoers would get frustrated the moment Shraddha Kapoor would go, “Ek joke bolun…” But Geet was just perfect. Imtiaz Ali knew it correctly where to draw the line.

Even the positivity exuded by Geet played by Kareena Kapoor was infectious. She was always happy, smiling and carefree even in the most tensed situations. Yes, she does suffer in the second half, but not before giving a 180 degree turn to the mindset of Aditya. We had heard of ‘opposites attract’. In Jab We Met, opposites attract and interchange! Films may not bring social change but Jab We Met did make a tiny impression on people’s minds and in trying situations, it made them wonder – if Geet could be happy in whichever situation that she’s in, why can’t I? Aditya’s dialogue, "Apni toh haalat bahut kharab hai boss; saddi toh band baj chuki hai. Isse bura toh aur kuch ho hi nahin sakta. Ab sirf accha ho sakta hai aur hoga. Insaan jo kuch really chahta hai na...actually...usse hamesha wohi milta hai” comes at an unexpected moment and brings smiles on the faces of everyone. These 2-3 lines of dialogues are powerful and merely reading it can charge and motivate you. Also, the entire idea of burning your ex-es’s photograph or abusing them when they have wronged you might look childish but it’s actually making an important point that in such situation, one should not keep their emotions bottled up. But instead of being preachy, Imtiaz put across the point in an entertaining manner. In short, who needs a life coach or a guru when we have Jab We Met?! 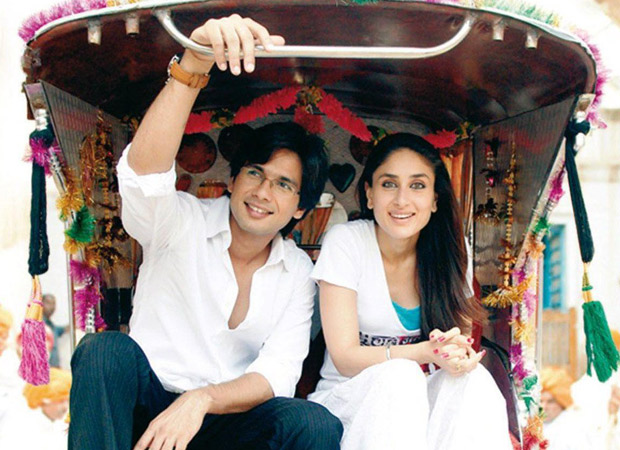 Then there were other interesting nuances in the film. Who can forget Ratlam’s Hotel Decent?! Thanks to Jab We Met, all hotels dealing in shady and so-called immoral practices got a name. In the Indian society, where uttering even some words is taboo, the said scene was a godsend. One would simply say “Yaar woh jo hotel hai, who Jab We Met ke Decent Hotel jaisa hai.” That’s it! The point would come across clearly with no scope for misunderstanding!

Jab We Met emerged as a huge success and gave a much-needed lesson to Bollywood on how to make rooted-yet-entertaining Hindi films. Just 13 ½ months after Jab We Met, Shah Rukh Khan featured in Rab Ne Bana Di Jodi, in which he was seen as a simpleton from Amritsar. Again, just like Jab We Met, things were straight out of life and the characters and their problems were relatable. Aditya Chopra wrote this film in 2008 and shot and released it in the same year and it won’t be wrong to say that consciously or sub-consciously, Jab We Met did leave a mark on him.

For Aanand L Rai too, Jab We Met must have given him some hope. His Tanu Weds Manu series was seeped in realism and thoroughly entertaining in all respects. No wonder it’s such a blockbuster franchise. Then there were films that weren’t that mainstream but had Jab We Met-style narrative – real, funky characters and real setting. Shoojit Sircar’s Piku and Vicky Donor are best examples.

The conversational-styled narrative in Wake Up Sid and the travel element in Yeh Jawaani Hai Deewani, both directed by Ayan Mukerji, also seemed on the lines of Jab We Met. Imtiaz Ali himself tried to use his ‘formula’ to an extent in films like Love Aaj Kal and Tamasha. His recent flick Jab Harry Met Sejal too gave viewers a déjà vu of Jab We Met – the guy after all was bored of the girl initially and wanted to let go of her while the talkative girl was in no mood to do so. However, Jab Harry Met Sejal failed miserably in reaching the level of Jab We Met.

Nevertheless, Imtiaz Ali would be remembered fondly forever for Jab We Met, his greatest work. A big thank you to him, Shahid Kapoor, Kareena Kapoor, Pritam Chakraborty and to the entire team for teaching us how to smile, how to love and most importantly, how to live our lives!

Saif Ali Khan clarifies on going out without…