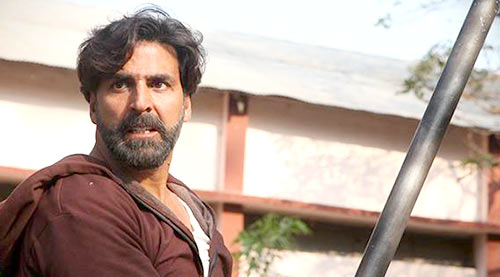 Ever since the Akshay Kumar starrer Gabbar Is Back hit theatres, the audiences have been raving about the film and Akshay Kumar's dashing performance. However, like every Bollywood film, this film's story too had quite a few morals! Bollywood Hungama lists down the 'morals of the story' named Gabbar Is Back:

1) Hang one corrupt guy in front of everyone and the rest nine (corrupted ones) will definitely fall in line.

2) And mind you! This hanging should happen ONLY on a Friday. Because, Friday not just changes fate of movies, it also changes the fates of people, just like in Bollywood.

3) A latest breakthrough in medical advancement: All it takes is a Swiss knife to do an infant's delivery in a car.

4) A Police Inspector's favourite snack is samosa with sufficient laal chatni. Anything below that won't be accepted/ digested!

7) The best way to lose weight is to kiss.

8) (Chhatrapati) Shivaji never started a chat group to fight his battles. He went all alone to do that.

10) According to Google, 60% marriages are inter-caste.