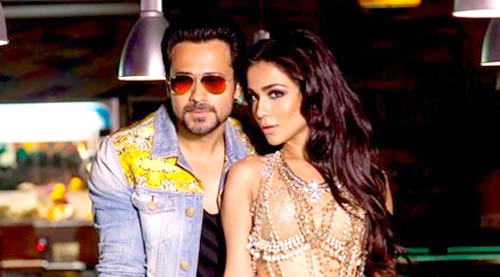 Raja Natwarlal released this week and there are some understated gems that Bollywood Hungama would like to share with you!

1.   A receptionist of India's largest cricket body is expected to also double up as a security officer. If you distract her, you can easily sneak your way into the office of a top official

2.   You can actually fool a billionaire by just bringing fake images of an impersonator on the top of Google search

3.   A man worth 1500 crore won't bother to have his own private team thoroughly investigate an auction in the offering, despite being in an internet age where news like this is bound to be all over

4.   A man would get shot by a bullet and his body would be packed off in a gunny bag. However, seasoned cops won't smell a rat, what with not a drop of blood being around

5.   A goon on the trail of a hero (in order to find anything fishy) would suggest that he is let off, just after seeing him serenading his lady love for, like, a day. 'They are just sight-seeing after all', is what he declares

6.   A five star hotel's CCTVs won't catch suspicious people busy putting around banners and hoardings around the lobby for no rhyme or reason

7. You may be a team of conmen and cops may be on your trail but it is just-so-simple to just fly in and out of countries at your whim without much ado

8.   A business tycoon would be ruthless enough to order the killing of men who have robbed him of his 80 lakhs. However, he wouldn't bother to know even a little of the name or face of these very men

9.   Despite pretty much knowing that the conmen are out there to rob the tycoon of his wealth again, the cops-on-payroll won't bother intimating their boss, despite a guaranteed reward in sight

10.   A cyclic lock in a five star hotel at Cape Town can be simply opened from inside by just a few thrusts and pushes