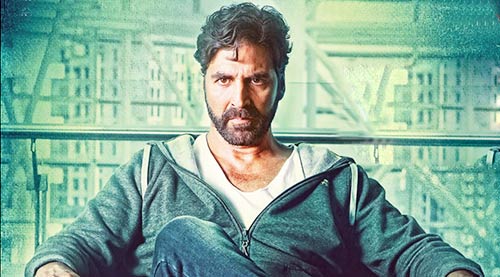 1. With corruption being such a huge issue in our country any sincere effort to bring forward the issue in an engaging way is bound to be rewarded

2. Gabbar Is Back was originally made in 2002 in Tamil as Ramanaa featuring Vijaykanth in the title role. It was a super hit. The same film was remade in Telugu as Tagore with Chiranjeevi in the lead, in Kannada as Vishnu Sena with Vishnuvardhan in the lead and in Bengali as Tiger with Prosenjeet in the leadâ€¦all hits.

3. Akshay Kumar has a squeaky-clean image. He is one of the highest tax payers in the entertainment industry, a God-fearing family man and he never speaks ill of anyone.

4. Murugadoss who directed the Tamil original was asked by producer Sanjay Leela Bhansali to direct the Hindi remake. He declined. Krish, the Tamil-Telugu maker of super hits Gamyam and Vaanam was roped in.

5. Shraddha Kapoor was the original choice for the female lead. She had earlier been signed for My Friend Pinto with Bhansali Productions but was replaced by Kalki Koechlin. Shraddha opted out of Gabbar Is Back. Shruti opted in.

6. After Sonam Kapoor, Deepika Padukone, Sonakshi Sinha and Tapsi Pannu, Shruti is yet another gen-X actress to fit in beautifully as Akshay's co-star.

7. Kareena Kapoor Khan who made a guest appearance in Akshay's earlier film Rowdy Rathore produced by Sanjay Bhansali is back playing a cameo as Akshay's wife in Gabbar Is Back.

8. Akshay Kumar has always been fascinated by Gabbar in Sholay. Akshay knows every dialogue of Gabbar Singh by heart and looks for every opportunity to slip them into his conversation.

9. When the title Gabbar was denied to this film's producers everyone suggested Phir Se Gabbar. It was Akshay's suggestion to call it Gabbar Is Back.

10. Sunil Grover, better known as Gutthi in Kapil Sharma's show, plays a non-comic role. And no, he doesn't get into drag.

Tags : Akshay Kumar, Gabbar Is Back