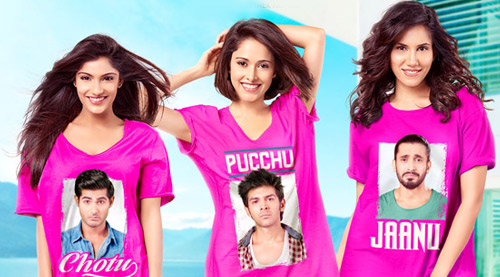 In this week's wickedly funny and real Pyaar Ka Punchnama 2, actor Kartik Aaryan is seen asking in abject despair, "What do women want?" Many films have shown women to be unfair in love. Here's a list of cinema that portrays the fair sex as unfair.

2. Pyar Tune Kya Kiya: Urmila Matondkar's one-sided love for Fardeen Khan lands her up in the mental asylum at the end. Scary. One of Ram Gopal Varma's most underrated productions with a nerve wracking central performance by Matondkar.

3. Chaahat: Ramya Krishnan who recently made a grand comeback as the Queen in Rajamouli's Bahubali lusts after rustic Rajasthani Shah Rukh Khan. Ramya rams in the love-me raga so hard that it jarred. Naseeruddin Shah played her indulgent Mafioso bro who won't deny her anything. Spare the rod? No way, just spoil the child.

7. Action Jackson: Manasvi Mamgai wanted Ajay Devgn so bad, it hurt. Hurt his wife, that is. The lustful lass gets Devgn's wife killed in the hope that he would give her attention instead. Silly girl.

9. Tere Mere Sapne: In Vijay Anand's classic Hema Malini playing a lonely star, hits on her doctor although she knows he is married. Not done, ji.

10. Pyaar Ka Punchnaama: All the three heroes are mohabbat ka maara, henpeckyed bechara wondering why women do what they do and say what they say and feel what they feel. Gosh, and as women go about their sweet relentless way where do men fit in? Misogyny or plain facts of life?