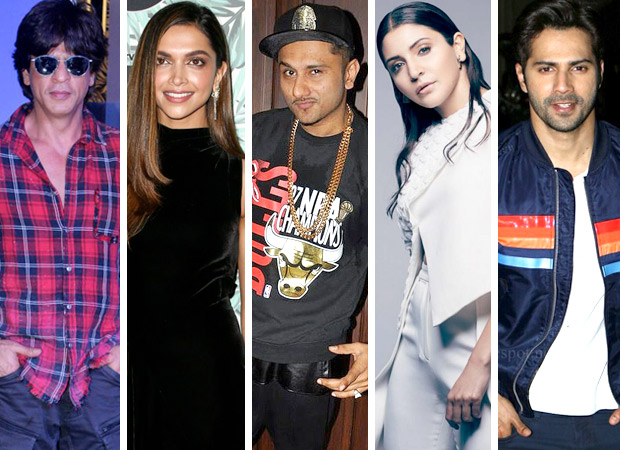 It has only been few days since the tragic incident when a 23-year-old boyArjun Bhardwaj committed suicide after jumping off from the 19th floor of Taj Lands Hotel in Mumbai. The friends and family close to the boy revealed that Arjun was going a low phase in life and had eventually succumbed to depression.

Now, more than ever, a lot of conversations have started about mental illnesses in nation and what we can do to help people in need. People have openly started coming out with their depression stories and how they managed to overcome it.

In the past, many Bollywood celebrities have publicly talked about their struggles with depression and what helped them come out of it. From Deepika Padukone to Shah Rukh Khan, some of the most successful stars in Bollywood have made sure to tell their stories, so they can spread awareness about mental illness.

Who would have thought that King Khan, Shah Rukh Khan would be one of the celebrities who had fallen prey to depression?  During one of the shooting, he had torn his muscles. The aftermath of the pain led him to depression. It never stopped him from entertaining his fans. This helped him overcome the struggle.

Deepika Padukone is such one such beauty who has mesmerized the audience with her acting chops and charisma. What people were not aware about was the time she was in depression.  In an interview with journalist Barkha Dutt, Deepika was in tears talking about her struggle with depression. She finally overcame her long time battle with depression with proper help and keeping close to her family and friends. Since then, she has aimed that spreading awareness of mentall illness to help people. She even took a step further to establish a foundation named Live Love Laugh which helps people in their struggles.

The Punjabi rapper Honey Singh went missing for over two years before returning with a single ‘Dheere Dheere’ starring Hrithik Roshan and Sonam Kapoor. After his two year hiatus, he finally spoke about his bipolar disorder. He did not have courage to step up in front a massive crowd, would not step of his house and talk to people. This darkness had affected him a lot. It took him a while to cope up with it but came back healthy and strong.

Anushka Sharma always plays badass characters on screen. It turns out that she is badass in real life as well as she has trying to overcome anxiety issues. She talked about it to educate and take any shame out of it. She said that she has seen many cases of depression in her own family. So, she has made her mission to educate and spread awareness about the same.

Varun Dhawan looks the kind of guy one would be friends with. He is always up to have fun and also works hard for his movies. What many were not aware that the actor was depressed during the shooting of his film Badlapur. He said that he was not clinically diagnosed but he was heading there. It was very sad to a certain degree. The mind space he was in during the filming had affected his mental health. He did see a doctor for it. 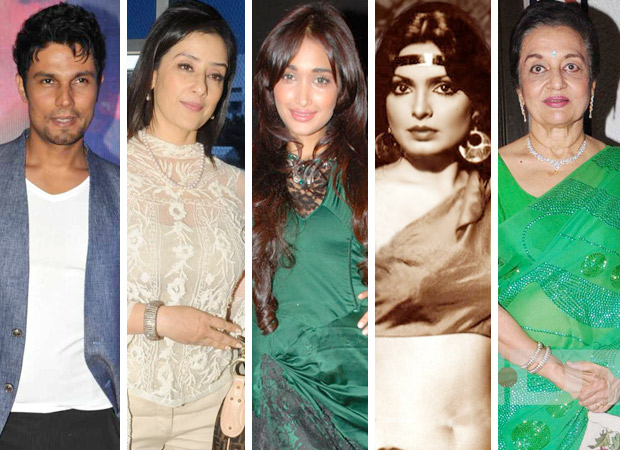 Randeep Hooda gave one of the best performances in his last film Sarbjit. During the time, he shed over 18kgs for his role. There was a big hangover after Sarbjit because of the involvement that was required in the film. Even when he had filmed Highway, he was depressed for along time. He had to tell himself that he was not this petty driver and this was not his life. He said that one has to go through such things at times.

Manisha Koirala had been through some of the toughest times in her life- cancer, clinical depression and divorce. The cause of her depression was her ex-husband Samrat Dahlal. Not only she battled clinical depression but she is also a cancer survivor and proved that one can power through anything.

Jiah Khan’s story is known to all. The girl, who made her debut Nishabh, failed to have an impressive career. She couldn’t accept her failure in the industry and her failing relationship. This led her to take one of the most tragic steps in her life by ending it.

The yesteryear actress Parveen Babi was considered one of the most beautiful stars of her time. But, she was diagnosed with paranoid schizophrenia and a severe case of depression. Being at top of her career, she left it to join an ashram in the US. But, she failed to cope with it and eventually ended her life.

Veteran actress Asha Parekh recently released her biography in which she talked about struggling with depression. She also admitted on having suicidal thoughts. She said that it was a very phase for her as she had lost her parents. She was miserable and even had suicidal thoughts. She had to take aid of doctors to come out of it.