Well, Zareen Khan made her Punjabi debut about four years ago with superstar Gippy Grewal in Jatt James Bond. Now, the actress is all set to return to regional films yet again with Pathankot. The forthcoming film will feature the Hate Story 3 actress as the leading lady in this woman oriented drama that is set against the backdrop of real life incidents. 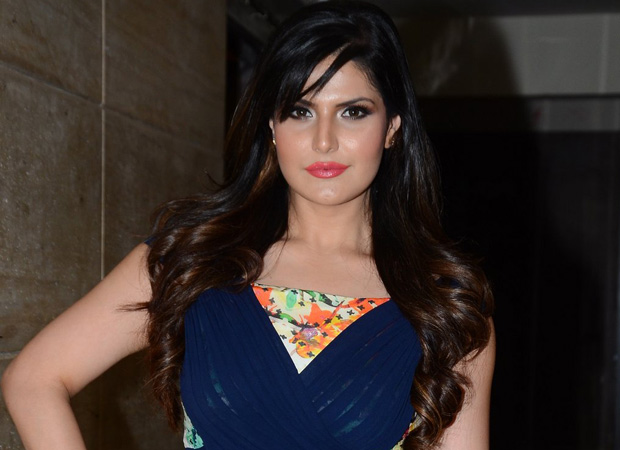 In recent reports, it has been revealed that Pathankot will recreate the terrorist attacks that happened in Punjab in 2016. For the uninitiated, the 2016 Pathankot incident was where the Indian Air Force located in the state was under attack by a terrorist group. Directed by Jaivi Danda, Zareen Khan described her character as that of a strong protagonist and how she transforms from a simple vulnerable girl to a fighter owing to circumstances.

Although not much details about the plotline has been revealed, we hear that the film will be inspired by true events. On the other hand, Zareen also spoke about her prep for Pathankot which majorly revolves around language. Readers may be aware that Zareen has done only one Punjabi film by far and hence, she asserted that she needs to be much more fluent in the language.

Also, yet another thing that Zareen seem to be looking forward to is the warm hospitality of the Punjabis. The actress mentioned in reports that when she was shooting Jatt James Bond, she shot in many small villages of the state and was overwhelmed with the treatment she received from the large-hearted locals.

Coming to Bollywood, Zareen Khan was last in the horror film 1921, the fourth instalment of the 1920 franchise, alongside Karan Kundra that released earlier this year in January. The film, directed by Vikram Bhatt, is a period film of a pianist who gets the help of a ghost whisperer to ward off the unwanted spirit haunting him.

Zareen Khan set to make her TV debut with…