Actor Zac Efron is returning to Disney. After becoming a breakout sensation with High School Musical franchise over a decade ago, the actor is now set to star in the remake of Three Men and a Baby for Disney+. 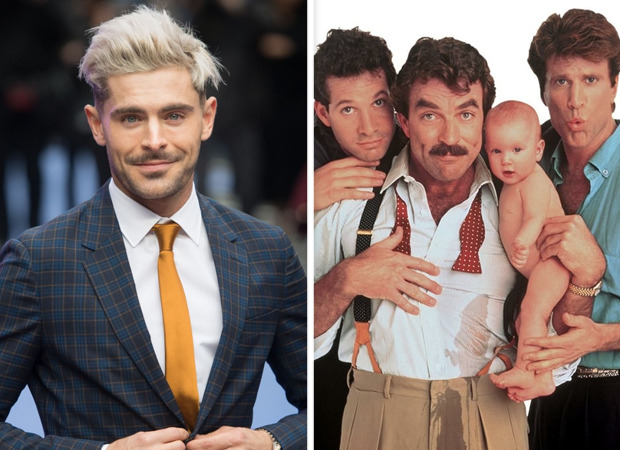 According to The Hollywood Reporter, "The remake is intended for Disney+ with Disney's live-action division running point. Gordon Gray, best known for his inspirational sports dramas such as The Rookie and this year's Ben Affleck-starring The Way Back, is producing." Will Reichel has been roped in to write the script.

Three Men and a Baby (1987) starred Tom Selleck, Steve Guttenberg, and Ted Danson. The story revolved around three bachelors trying to adapt their lives to pseudo-fatherhood with the arrival of the love child of one of them. The script was based on the 1985 French film Trois hommes et un couffin (Three Men and a Cradle).

Zac Efron can be currently seen in documentary series Down to Earth.