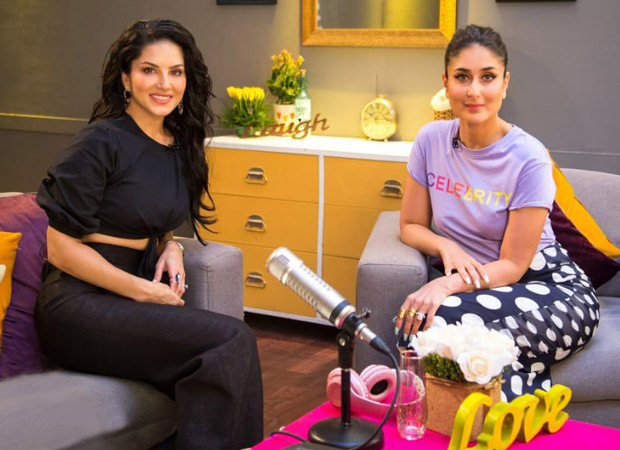 For everyone who is surprised by this piece of information, let us tell you that earlier it was revealed that Kareena Kapoor Khan will be making her radio debut on 104.8 FM. Amidst her hectic film schedules, the actress is expected to spare some time for the said show which will also feature her friends and colleagues from the fraternity as guests. While details of the gupshups that will happen during the show is being kept under wraps, we hear that Kareena and Sunny Leone kicked off the first episode on a nice note. The actresses found their common grounds on topics such as marriage and motherhood with both being one of the new mothers on the block. Besides that work too remained a topic of discussion amongst the two.

Coming to further details on the show, we hear that the recording happened recently at a suburban studio in Mumbai. If reports are to be believed, the shoot kicked off at around 2 pm and continued for the next half hour. Interestingly, reports claim that the two actresses had arrived together coincidentally in monochrome dresses. After much rehearsals, Kareena is said to have shot the entire episode with no glitches.

For the uninitiated, let us remind you that one of Kareena Kapoor Khan's besties, Karan Johar too hosts the show on the same radio channel and the show has been titled Calling Karan. With the second season being aired currently, the show features Karan as the love guru who advices on relationship conflicts. As for Kareena's show, it is yet to be titled and is expected to go on air in December.

On the film front, the Veere Di Wedding actress will next feature in two Karan Johar films. One will be his production Good News starring Akshay Kumar, Diljit Dosanjh and Kiara Advani. The film is said to bring forth the subject of surrogacy. On the other hand, the other film will be Karan's directorial and production titled Takht. The multi starrer featuring Ranveer Singh, Alia Bhatt, Vicky Kaushal, Bhumi Pednekar, Janhvi Kapoor, Anil Kapoor amongst others is said to revolve around the Mughal empire and it's politics.

Also Read: Happy Birthday Kareena Kapoor Khan: 10 UNSEEN and RARE pictures of Bebo which proves she was always a superstar