Taapsee Pannu and Bhumi Pednekar will be coming together for the first time together on screen and that too for a female oriented film. The two actresses, known for their acting prowess, are all set to prove their mettle as professional shooters in this Anurag Kashyap production Womaniya, inspired from real life characters. The film set in the northern India belt will now go on floor in Uttar Pradesh. 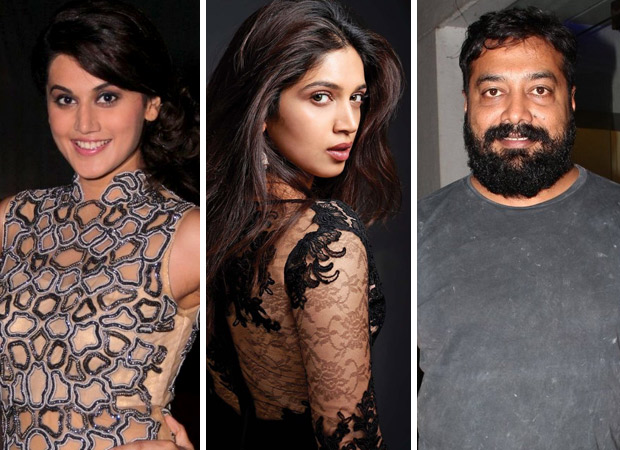 For the uninitiated, Womaniya, was initially reportedly announced with Taapsee Pannu and Kriti Sanon as the lead. However, the latter apparently decided to quit the project owing to other work commitments and she was later said to have been replaced by Bhumi Pednekar. Interestingly, Bhumi is supposedly playing the role of dacoit in her next, Son Chiriya which stars her opposite Sushant Singh Rajput.

As of now, considering that both of them are busy with commitments, Womaniya is expected to go on floor in the beginning of next year in Uttar Pradesh. If reports are to be believed, the team will kick off the film somewhere in January.  Also, it is being said that the reason why it has been scheduled in January, is because of the winter climate in the region. According to these reports, it forms an integral part of the script of the film.

On the other hand, Taapsee Pannu and Bhumi Pednekar too are expected to undergo extensive prep. Not only will they be taking up shooting lessons to essay the role with conviction but they will also be sharpening their linguistic skills. Apparently, the two of them are quite keen on learning local dialect to play their respective characters.

Directed by debutant Tushar Hiranandani, the film explores the journey of the daughter-in-laws of the Tomar family who went on to become professional shooters at the age of 86 and 81. Chandro Tomar and her sister-in-law Prakashi Tomar from Johri Village followed their passion for shooting after 50 years of age.