Akshay Kumar starrer Housefull 4 has been making headlines of late, especially after Tanushree Dutta alleged that Nana Patekar had harassed her in 2008 on sets of the film Horn Ok Pleassss. Since then, Housefull 4 seems to have been caught in a mire with harassment claims, following allegations against director Sajid Khan cropping up, and more recently, one of the junior artists from the film filed another complaint against another unit member. However, away from the negatives, we hear that the shooting for the film which is currently underway at a location in Mumbai has something special about it. In fact, reports state that Housefull 4 producer Sajid Nadiadwala has shelled out a whopping Rs. 20 cr to erect lavish and grand sets for the film. 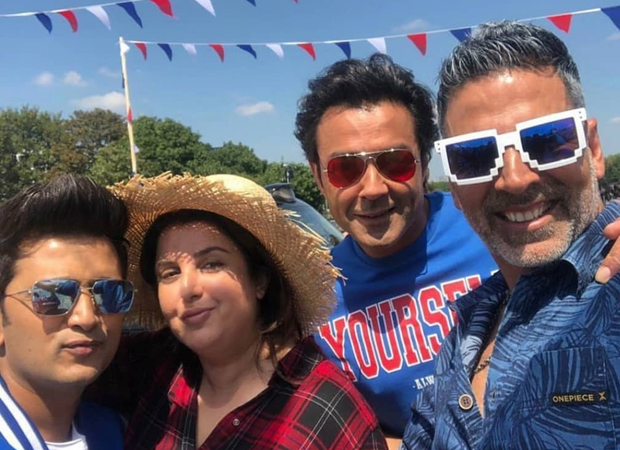 Commenting on the same, a source close to the production says, “Sajid sir was very clear about the sets that have been erected at Chitrakoot grounds in Andheri. They had to be lavish, detailed and regal to depict the opulence and wealth of the middle ages. Given that these sets are specifically for the reincarnation bit, which incidentally is a major part of the film, they had to be as close to real life setting from that era.” Prod the source further for details on the said sets and he adds, “The sets feature large pillars with detailed engravings, precious stones and are really big. In fact, the sets are so huge that they can accommodate almost 1000 people at a time.”

As for Housefull 4, after Sajid Khan stepping down from the directorial seat, the film has been taken over by Farhad Samji who had directed Housefull 3. Starring Akshay Kumar, Kriti Sanon, Riteish Deshmukh, Boman Irani, Kriti Kharbanda and Pooja Hegde, the film is slated to release in October next year.