There has been a spate of rumours regarding who will finally play Prime Minister Narendra Modi in his biopic. The three actors whose names keep coming up are Paresh Rawal, Akshay Kumar and Anupam Kher. It is understood that all the three actors are most willing and eager to play the coveted role and apparently PM Modiji is quite happy with all three choices. 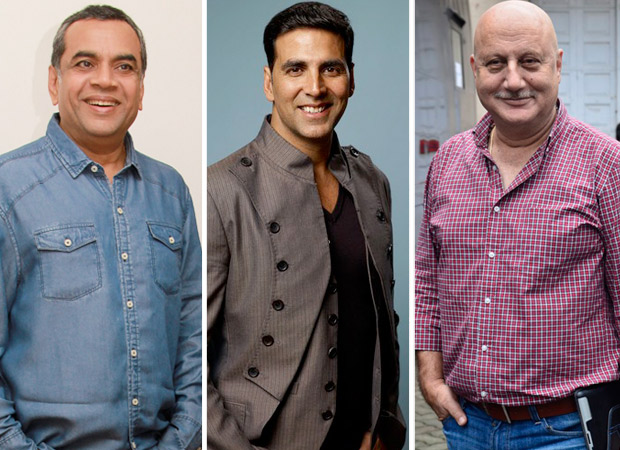 A source close to the ruling government told me, “Anupamji and Pareshji are not only dear to Modiji they are also very good actors. However Akshay Kumar will bring certain saleability to the project. It is important to cast an actor who would draw in the audience.” This source also informs that the PM’s office is “understandably wary” of a bio-pic about PM Modi after what was done to his life’s story in the bio-pic directed by Omung Kumar.

“The next time, PM Modi may want to know what goes into the film about his life. He is not interested in a sycophantic over-sweetened biopic. The PM doesn’t take kindly to jee-huzoori,” says the source.

Unfortunately there was a rather appalling bio-pic on the Indian Prime Minister earlier this year directed by Omung Kumar after which the PM’s office has decided to be careful with the crew and content involved with anything to do with putting the PM’s life on celluloid.

Also Read: Salman Khan and Akshay Kumar clash on EID 2020 but will APPEAR TOGETHER in theatres this DIWALI