Rani Mukerji’s heart-warming and inspiring film Hichki has gained fame across the world, courtesy, a topic that resonates with all. Given the universal appeal of the film, Hichki has been witnessing releases across the world including countries like China and now, it is all set to release in Taiwan on November 2. 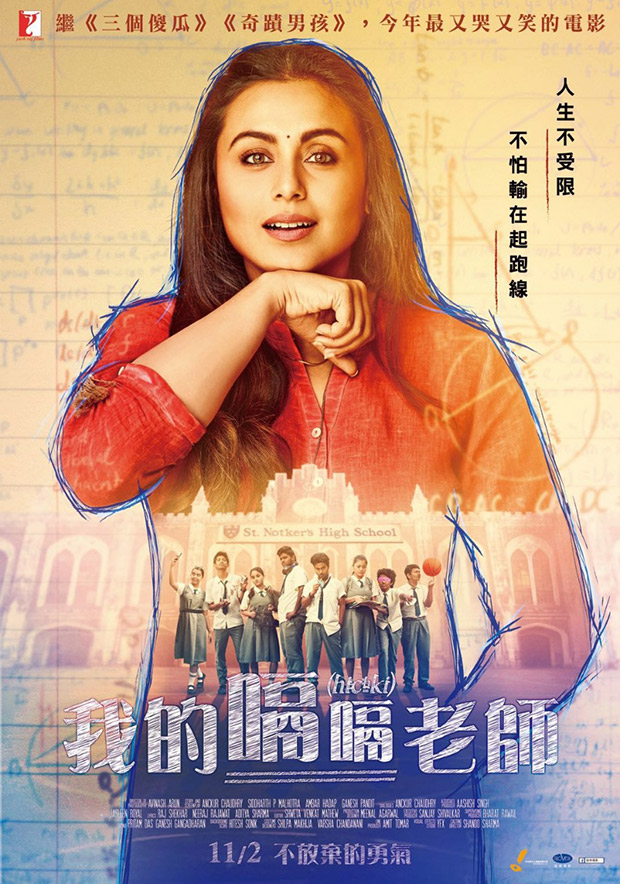 For the audiences of Taiwan, the movie is being re-titled as My Teacher With Hiccups for the Taiwanese audiences. The film’s Taiwanese poster also has a motivating thought written on it. It reads – ‘Never limit yourself, don’t be afraid, even though you have some born disability’.

Internationally, Hichki has so far released in Russia and Kazakhstan, and it is expected to wow audiences in Taiwan. The film is also releasing in Hong Kong on November 8 and in China on October 12.

The film features Rani as a school teacher named Naina Mathur who is dealing with an involuntary nervous system disorder, Tourette syndrome. Her character has been widely loved by audiences and critics alike across the world.

In fact, the subject of the film and her performance has won many awards and accolades in India and worldwide this year. It received a standing ovation at the Shanghai International Film Festival (SIFF) and then at the Indian Film Festival of Melbourne (IFFM) where Rani was awarded the Best Actress award.

Directed by Siddharth P. Malhotra, Hichki is inspired by the Hollywood film Front Of The Class and it released in India on March 23 this year. The film also marked the return of Rani Mukerji in films as the actress was on break post motherhood.