Akshay Kumar and Karan Johar have been contemplating on making a film together since the longest time. While earlier, Salman Khan too was said to be a part of their venture, we believe that the project fell through. Post that, Karan Johar decided to collaborate with Akshay Kumar once again for another film.

Titled Kesari, the film said to be based on the Battle of Sargarhi – a subject that seems to have interested almost every filmmaker in Bollywood. The film is said to be going on floor today and reportedly Akshay too confirmed the same stating that he will kick off the shooting for the same from January 5. Featuring Akshay Kumar in the role of a Sikh warrior, we hear that the superstar is planning to wrap up the film in a single schedule of about one and a half month. 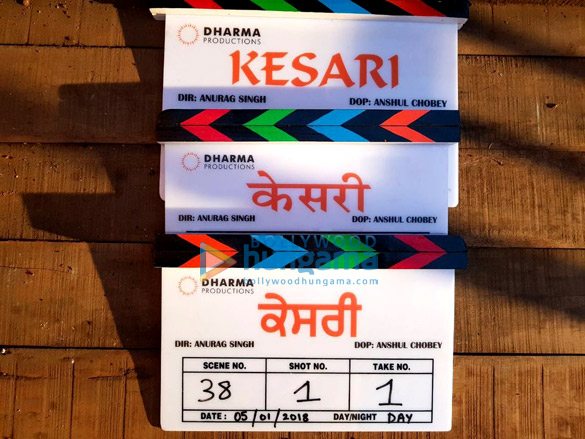 Besides this film, Akshay Kumar is also gearing up to promote his first film of the year 2018, Pad Man which has him playing a role inspired by social activist and entrepreneur Arunchalam Muruganatham in this fictional account of his real life story. Apart from these two films, Akshay is also a part of the period sports drama Gold yet again inspired by real life incidents and the film marks the debut of popular TV star Mouni Roy. The actor will also revive the popular comedy franchise Housefull by starring in its fourth instalment this year.