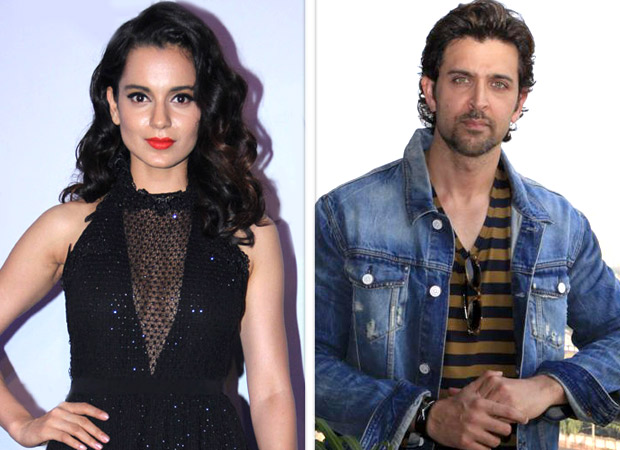 Kangna Ranaut doesn't seem to be among the people who let the bygones be bygones. The year 2016 wasn't a great year for her when mocking her silly ex turned in a huge legal drama. The actress' battle with her alleged ex Hrithik Roshan had become the talk of the nation when Kangna called him her silly ex while Hrithik denied all such allegations. Both of them slapped each other with legal notices which had become the biggest controversy. The cyber crime cell of the Mumbai Police filed a final NIL report in the case stating that were unable to find anything over the leaked emails and were closing it.

While the story had died down, Kangna Ranaut is all set to re-open the can of worms about her feud with Hrithik Roshan. In an explosive interview on Aap Ki Adalat on India TV, Kangna Ranaut is seen lashing out against Hrithik Roshan. From her life, struggles, relationships, legal drama, Kangna is opening up like never before about her biggest public spat from last year.

In the 40-second promo, Kangna Ranaut calls out Hrithik Roshan without mentioning his name and is demanding an apology. She said that people still search for those leaked emails and the entire incident has caused her an emotional trauma. "I have suffered so much of humiliation... it's incalculable. I wept all night. I couldn't sleep. The stress, the trauma, mental trauma, emotional trauma..." Kangna says in the promo.

Kangna Ranaut further adds, "You call him here and ask him questions because I had not sent the notice first. There are emails available online in my name. For this disrespectful behaviour, I demand an apology from him."