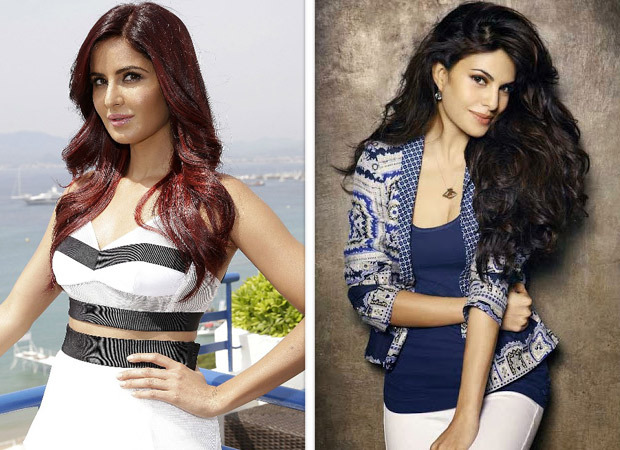 There was a time when Jacqueline Fernandez saw Katrina Kaif as a kind of role-model. Both being outsiders with no gyaan of the rashtra bhasha. Both fair and sexy… A more critical commonality is Salman Khan. While Katrina’s proximity to the superstar Khan is a part of movie folklore, Ms Fernandez in recent times has been making every effort to get into Salman’s good books. Her attempts to ingratiate herself to the mega-star include visits to his residence in Bandra to meet the Khan family (this is a ploy adopted by many wannna-woo Salman heroines. It failed with Priyanka Chopra).

All the social niceties paid off when the affable Ms F landed the female lead opposite Salman Khan in Sajid Nadiadwala’s Kick. Since then she has been hungering for more roles with Salman. It finally happened when she landed the part of the superstar’s Beloved Other in Remo D’Souza’s dance film.

But then the unexpected happened. Salman decided he was too old to play a dancing star. He decided to do another film with Remo: Race 3, produced by Ramesh Taurani. At this point Jacqueline Fernandez was not part of the translocated package. One hears Katrina Kaif was the no.1 choice for the female lead opposite Salman in Race 3. But then in this whirling of grand illusion known as Bollywood, there is many a slip between the cup and the lip.

The plum role in Race 3 earmarked for Katrina has now gone to Fernandez purely on Salman’s recommendation. We hear Salman felt morally obliged to compensate not only director Remo D’Souza but also Jacqueline after the dance film they were doing together was shut down. So Salman being Salman he cart lifted the entire team to an alternative project, flood-relief style.

I am sure this development won’t do much to aggrandize Katrina’s friendship with her Sri Lankan rival. Oh yes, Katrina and Jacqueline now have another (f)actor in common. Sidharth Malhotra. Both the hotties have delivered duds with him.

Mrunal Thakur and Guru Randhawa team up for…