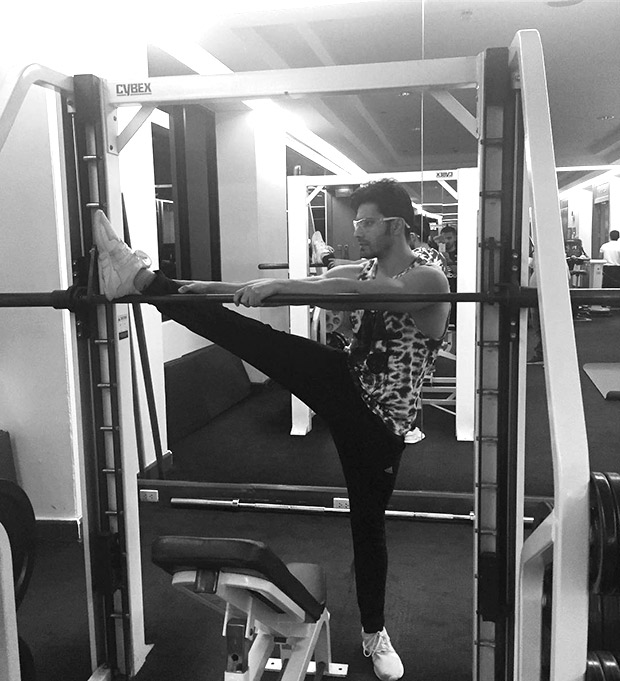 Ever since the news broke about Varun Dhawan starring in the sequel to David Dhawan’s 1997 laugh riot, Judwaa, it has made all fans excited to see what the makers have in store for the audience. Varun Dhawan, who steps into Salman Khan’s shoes in the sequel, has big shoes to fill in and is working hard for it.

According to his trainer Prashant Sawant, Varun Dhawan is working out for a macho, muscular look for one of the characters in Judwaa 2. He is so determined to make the characters look natural and amazing that he got into work mode a day after having an eye surgery on Saturday. He wrote, "A day after eye surgery getting back to grind. Gotta keep on stretching.
@kuldeepshashi #shootlife #judwaa2 #trainmode."

Varun Dhawan's trainer Prashant Sawant added that one of the twins in the film will have a lean look whereas the other will be beefed up. For the role, the actor is currently bulking up. He said that Varun is on a high-protein, low-carb diet and has to eat every three hours. Carbs are allowed only in the afternoon and his wife who is also a trainer is ensuring the appropriate meals reach Varun every three hours. As Varun looked pretty muscular in ABCD 2, so the idea is to go one step further.

Prashant further informed that Varun Dhawan will also be training in martial arts and they train together for an hour-and-a-half daily for greater flexibility for the film that marks David Dhawan’s return to direction after the latter's 2014 film with Varun Dhawan titled Main Tera Hero.

Judwaa 2 schedule will kick off in April 2017 and will star Jacqueline Fernandez and Taapsee Pannu in the lead roles. Apart from this, Varun Dhawan will be seen opposite Alia Bhatt this year in Badrinath Ki Dulhania.

Varun Dhawan to provide free meals to the…