Last Updated 06.02.2023 | 2:23 PM IST
feedback language
follow us on
Bollywood Hungama » News » Bollywood News » Urvashi Rautela opens up about her viral video where she is saying ‘I love you’; clarifies it has nothing to do with cricketer Rishabh Pant

Readers would be aware that the big controversy between Urvashi Rautela and Rishabh Pant turned into a war of words after both the parties made comments about having feelings for each other. It all started when Urvashi spoke about a certain ‘RP’ during an exclusive interview with Bollywood Hungama and how he waited for her at the lobby for hours. Followed by which, there was an exchange of words on social media where both the celebrities took indirect digs at each other. After that, a video of the actress saying ‘I Love You’ found its way online which fans claimed was the actress’ confession for the cricketer. But clarifying the same, the Sanam Re actress posted on social media. 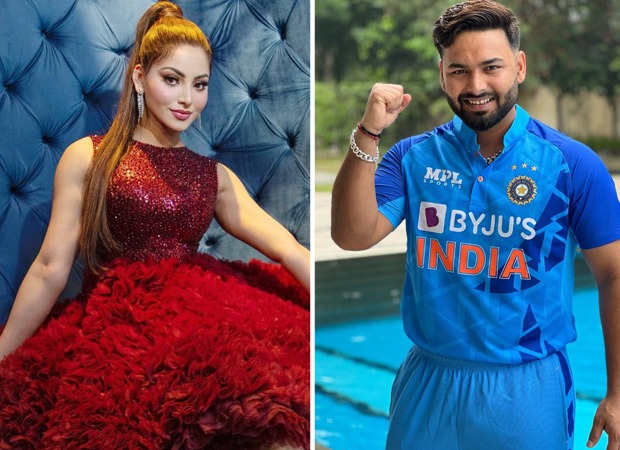 Urvashi Rautela opens up about her viral video where she is saying ‘I love you’; clarifies it has nothing to do with cricketer Rishabh Pant

Urvashi Rautela took to Instagram to post a story clarifying about the viral ‘I Love You’ video saying, “Just want to make it clear again regarding my I love you video circulating these days… that it was only from acting perspective & was a dialogue scene not directed towards anyone or from any video call.” She ended the post with a ‘namaste’ emoji. In the past, yet another video of the actress went viral where she was saying, ‘I am sorry’. While many misunderstood it as a message sent to Rishabh Pant after they had a social media showdown, Urvashi went on to clarify on the platform, adding that it was an apology to her fans. 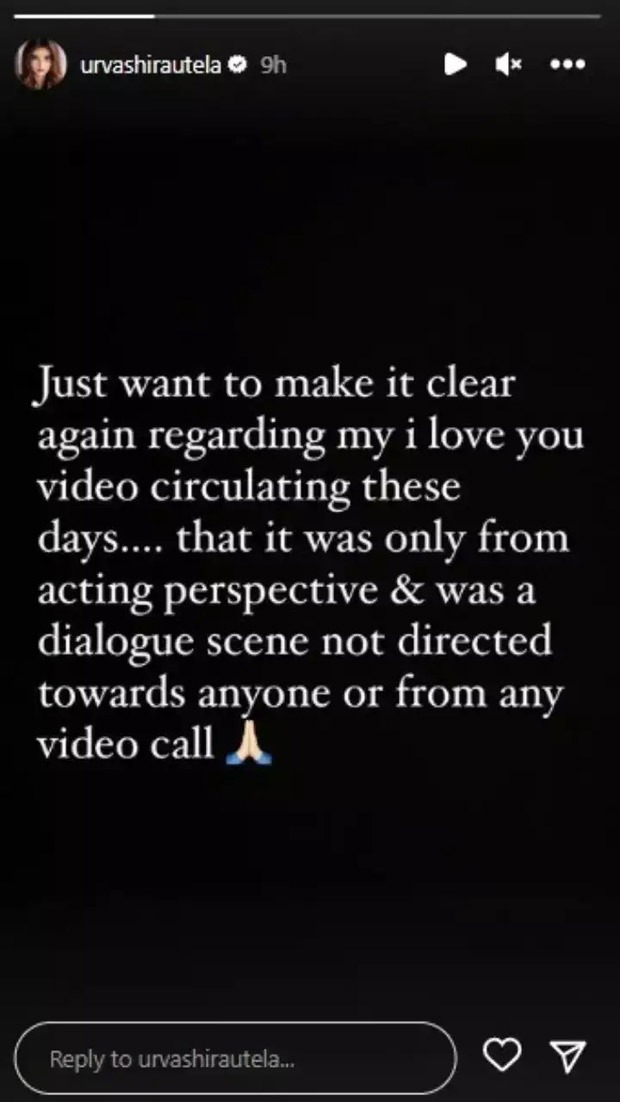 In an interview with Bollywood Hungama, when Urvashi Rautela was questioned about a certain RP in her life, the actress had said, “I was shooting full day and in the night I had to get ready for the show. Mr. RP was waiting for me at the lobby. But I was so tired after the show that I slept off. When I woke up I saw about 16 to 17 missed calls.” Followed by the statement, cricketer Rishabh Pant took to social media to pass a comment on it adding, “It’s funny how people lie in interviews just for some meager popularity and for hitting the headlines. Sad how some people are so thirsty for fame and name. May god bless them. #merapichachorhoBehen #jhutkibhilimithotihai.” The actress indirectly responded to this post adding, “Chotu Bhaiyaa should play bat ball. Main koyi Munni nahi hoon badnam hone with young kiddo darling. Tere liye #Rakshabandhan Mubarak Ho. #RPChotubhaiyaa #Cougarhunter #Donttakeadvantageofasilentgirl.”