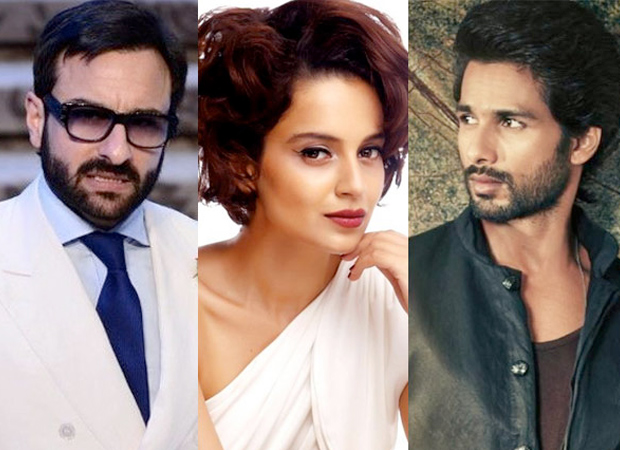 By now we all know that Vishal Bhardwaj’s next venture Rangoon is slated to hit screens next year. Featuring Saif Ali Khan, Kangna Ranaut and Shahid Kapoor in lead roles the film has been much talked about. Well now we hear that the makers of the film are set to release the first trailer of Rangoon on January 6 next year.

Interestingly, the makers of the film have made a conscious effort to keep the trailer of Rangoon under wraps despite the fact that the film has been underproduction for almost a year now. The makers of the film who have not revealed much save for the information that Rangoon is set in the same period as Casa Blanca against the backdrop of World War II, are all set to give viewers a sneak peek into the world of Rangoon in January.

Produced by Sajid Nadiadwala and Vishal Bhardwaj Rangoon that will see Shahid play the role of an army officer is slated to release on February 23, 2017.