The cinema halls in Maharashtra have been allowed to be reopened from October 22, 2021. Despite the onslaught of the third wave of Covid-19, the government in the state hasn’t shut down cinemas. However, while the theatres are functioning as before, with 50% occupancy and night restrictions throughout the state, one city stands as an exception. In Amravati, the theatres have shut shop since the start of the year and the reason is quite shocking. 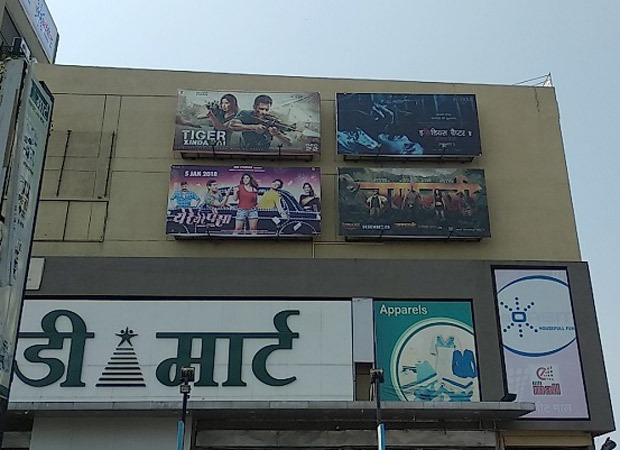 Theatres in Amravati, Maharashtra are shut since January 1, 2022, after the authorities fail to renew their licenses; Exhibitors in deep ANGUISH

Located around 150 kms away from Nagpur, Amravati holds significance in the world of the film business. It is the hub of the CP-Berar distribution circuit. The offices of all prominent studios like AA Films, PEN Marudhar, Yash Raj Films, Rajshri Productions, Zee Studios etc are located in Amravati.

A trade expert told Bollywood Hungama the reason for cinemas not functioning in this city, “The validity of the license held by the cinemas is for a year, from January 1 to December 31. The theatres usually submit a plea for renewal in November and before December 31, their application gets accepted.”

The trade expert revealed that when the exhibitors of Amravati submitted for renewal as usual before December 31, 2021, things didn’t go as planned. The expert continued. “The license applications along with all the required NOCs were submitted to the department of the Commissioner of Police, which has the authority to give the renewal approval. This time, the department however has, neither processed the applications nor even permitted the reopening of the cinemas. As a result, since January 1, 2022, all the theatres in Amravati have been shut.”

Though just five theatres are located in Amravati, the trade expert further explained, “It is plain harassment at a time when businesses have suffered in the last 1 ½ years. The cinema sector has suffered the most. It impacts hundreds of livelihoods directly and indirectly who run their kitchens through this sector. It comprises those who work in the cinemas like the ushers, security guards etc, and also those who serve externally like plumbers, electricians, food and beverage vendors. Moreover, the retail shops that are located in close proximity and who depend on cinema halls for footfalls are also suffering. So the question is not just of five cinemas but of the livelihoods of hundreds of people in the town.”

Prakalp M Rathi, who runs a cinema hall in Amravati, yesterday vented out on Twitter about the sad state of affairs. He wrote, “Out of whole of Maharashtra only cinemas in Amravati are closed due to licensing formalities already submitted papers more than a week but not yet received the licence from licensing authority (sic).”

Bollywood Hungama contacted Lokendra Jain, President, Central Circuit Cine Association, who confirmed that theatres in Amravati have been shut. He rued, “It’s unfortunate that authorities have the ability to stop our business on their whims. It almost seems like the entertainment industry has become a soft target. The livelihoods of so many people involved with this industry don’t even seem to matter.”

@AdvYashomatiINC out of whole of Maharashtra only cinemas in amravati are closed due to licensing formalities already submitted papers more than a week but not yet received the licence from licensing authority ..