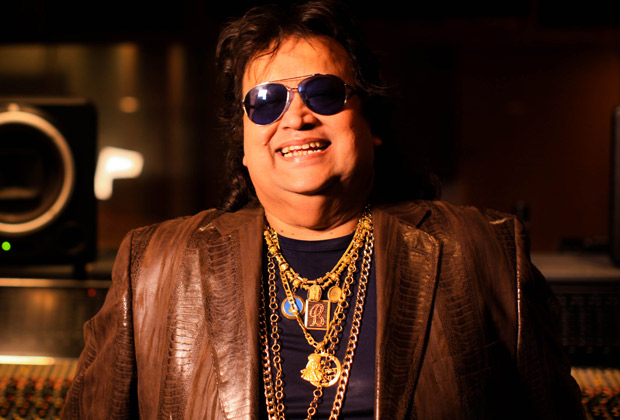 The original Disco King of Indian music has his sights set on Hollywood with the upcoming much awaited Hollywood musical film Moana. Bappi Lahiri has entertained generation after generation with his foot tapping music, and now he is back with ‘Shona’. The Shiny Singer croons his way into Disney’s next fun adventure animated gem – Moana with a song called ‘Shona’ (Gold). Could it be more apt?

Following the tremendous success of Vishal Bhardwaj and Gulzar’s reprisal of ‘Jungle Jungle Baat Chali Hai!’ and the Hindi localized version of ‘Bare Necessities’ featuring Vishal Dadlani, the studio is all set to localize their forthcoming film Moana and has collaborated with Bappi da to voice the dialogues and sing for the character of Tamatoa, a giant crab with a fondness for shiny treasures found which he hoards!

Confirms the studio, “At Disney India, we believe that audience will always enjoy a movie that they find a connect with. The Jungle Book songs were such a highlight for our campaign and now with Moana as well, we wanted to retain the fun of this character and his song and Bappi Da was happy to voice it and sing for the movie! Bappi da is someone who has fans across age groups and he is just a perfect fit for the character and the song! Moana is a movie we are extremely excited about. The movie is a fun-filled adventurous journey and we can't wait for the audience to meet Moana, Maui and Tamatoa" said Amrita Pandey, VP, Studios, Disney India.

Speaking of this collaboration, Bappi Da said, “My family and I have been big fans of Disney. From its characters to its music, it has always been iconic. It’s a great pleasure to associate with Moana. I am always looking forward to doing new things. This is the first time I’m dubbing for an animated character and I had lot of fun doing that. The character that I play is very similar to my own personality. I am hoping that people will enjoy this avatar of mine and shower their love on me like they have always done. It’s truly a ‘golden’ memory”.

Moana, stars Auli’i Cravalho as the titular heroine and Dwayne Johnson as Maui. Moana showcases the life-changing journey of a tenacious 16-year-old who teams up with the mighty demigod Maui to fulfil an ancient quest. The film releases in India on December 2, 2016.